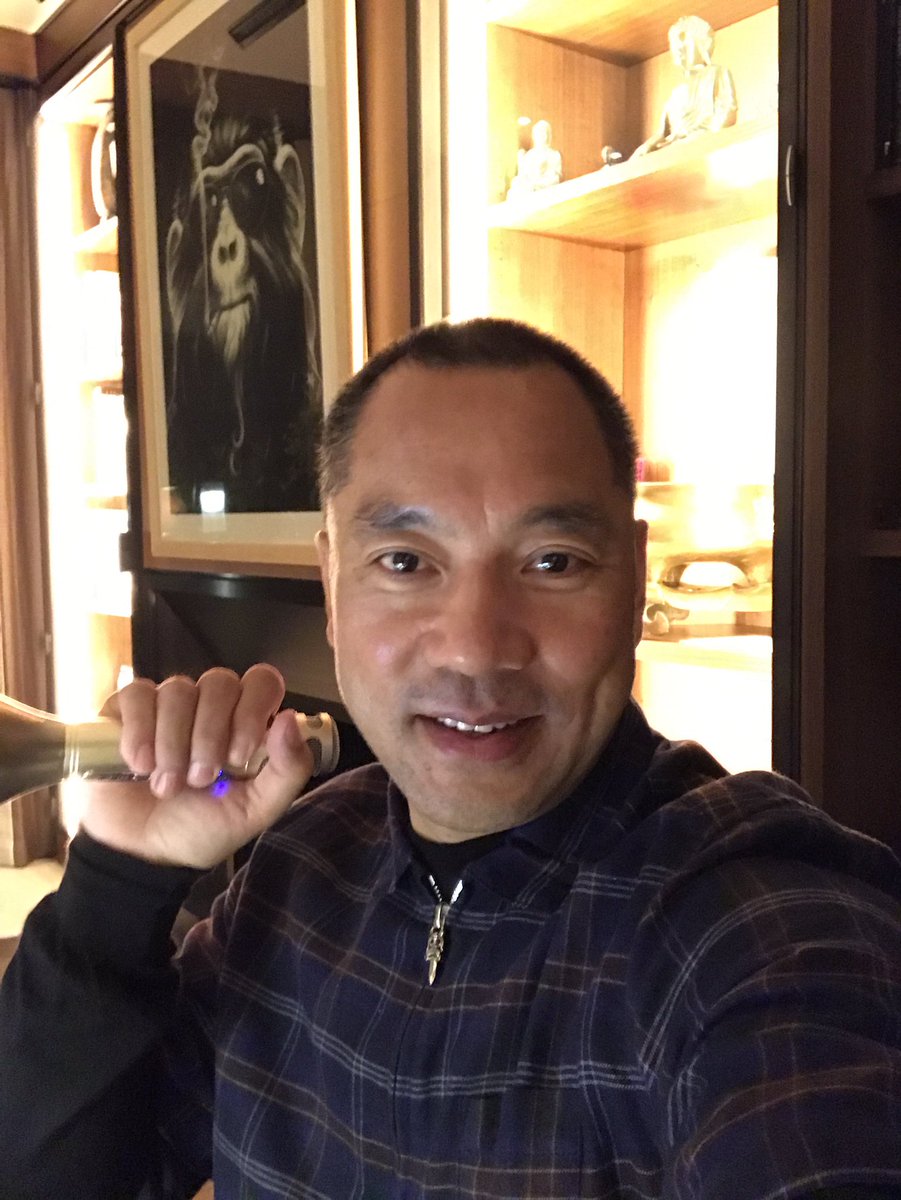 Why is the Trump Justice Department blocking the extradition of a Clinton money-man and a Soros associate to China?

What does the Chinese Intelligence turncoat know about the Deep State and why are they protecting him?

Miles Kwok has been convicted of multi-billion dollar financial crimes in both the United States and China after working as a Chinese intelligence asset and receiving the three highest medals from Chinese intelligence for providing surveillance on US political figures. While working for Chinese Intel, Kwok was tied to political bribes, kidnappings, misappropriation of funds and alleged abuse of women – including charges of rape and confinement.

Then, however, Kwok turned on his spymasters and stole approximately $8 billion dollars from the Chinese State in a sophisticated financial crime.

During his time in the United States, Kwok has emerged as a major bundler and fundraiser for Hillary Clinton. He was seen at the Clinton Global Initiative Conference in New York and has been seen dining at Cipriani at the Sherry Netherland where Kwok lives in a $4.8 million-dollar apartment with George Soros. Soros has been a major funder of the Clintons and has funded various front organizations, think tanks and charities who utilize violence and disruption in their attempts to destabilize President Trump. Their goal is to topple Democratically elected governments, particularly in Eastern Europe. Soros was, of course, a Nazi collaborator.

Kwok has become a sticking point in US-Sino negotiations in North Korea. Chinese President Xi Jinping raised the issue of Kwok’s extradition in formal negotiations at Mar Lago. Dr. Henry Kissinger has argued the chances of continued and increased Chinese cooperation in disarming North Korea would be enhanced if Kwok was extradited.

Not surprisingly, leading the charge to fight Kwok’s extradition to China is Democrat super lawyer David Boise who represented Al Gore before the US Supreme Court in the 2000 Presidential recount.

McMaster, deeply connected to Soros, blocks the extradition that would enhance the President’s negotiations in attempts to get the assistance of the Chinese in the coming showdown with North Korea.

To no one’s surprise, National Security Advisor H.R McMaster has adamantly opposed the extradition to China of Democrat Party insider and Soros associate, Kwok. McMaster previously worked for a think tank funded by Soros in conjunction with the Ford and Rockefeller Foundations. Israeli intelligence claims that McMaster is in direct email communications with Soros as well as General David Petraeus. Petraeus is a Clinton retainer who has also pushed to block Kwok’s delivery into the hands of the Chinese authorities.

CIA Director Mike Pompeo has also actively opposed the extradition of Kwok leading many to believe that Kwok functioned as a double agent for the CIA under the Clintons. Pompeo, who was a fairly independent Conservative Republican when in the House, has become a mandarin for the old boy spooks at Langley, who are anxious to bury many of the CIA’s misdeeds of the Clinton and Obama years. Kwok also had an affair with Wendi Dang when she was married to Rupert Murdoch. The beautiful and exotic Dang is known as a Mata Hari who sources say was most likely Kwok’s handler when he was working for Chinese Intelligence and Kwok was cozying up to the Clinton Political machine. He also introduced Wendi Dang to Tony Blair.

Kwok introduced Dang to former Prime Minister Tony Blair. Kwok has donated at least $3 million to Tony Blair’s New York-based non-profit. Blair also admitted to receiving another $2 million which he put into his private personal bank account in return for weighing in with McMaster to oppose Kwok’s extradition. When asked what this fee was for, Blair said without explanation that it was “for accounting purposes.”

President Trump has already made significantly more progress in getting Chinese cooperation in our efforts to pressure and isolate the North Koreans and their nuclear threat. At the same time, it appears that the Chinese and the Russians have been providing a highly proprietary blend of rocket fuel that Kim Jong-un is using to propel his controversial show of muscle through a series of launches to show that he might reach Guam or the continental United States.