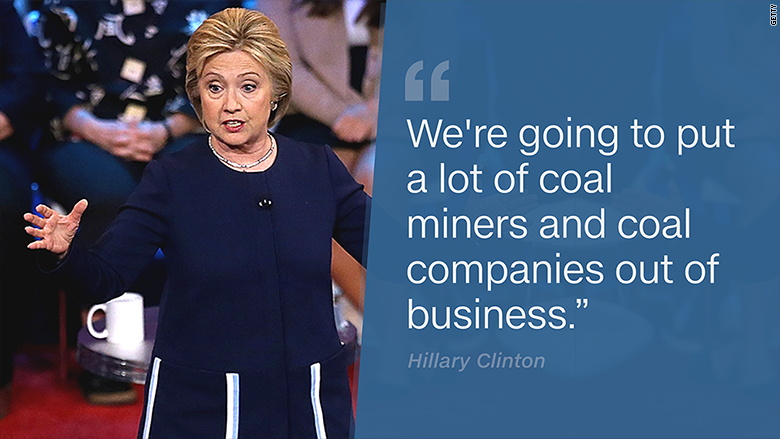 We’re three weeks out from Virginia’s gubernatorial race and it’s been mostly relegated to the backburner thanks to the endless news that emanates from the Trump White House. It’s an off-year election, but it’s in D.C.’s backyard. The state has increasingly become more bluish since the Bush years, albeit the state legislature is Republican. The House of Delegates, the lower chamber, is reliably Republican where they hold a supermajority. The state Senate is more competitive. Anti-gun groups under the Bloomberg umbrella tried and failed to flip the Senate in 2015. Those groups are mounting a second invasion of the state this year as well.

Right now, the race is tied up between Democrat Ralph Northam, the Lt. Governor, and Republican Ed Gillespie, who came within inches of unseating Democratic incumbent Sen. Mark Warner in the 2014 midterms. Guy had an excellent post yesterday noting the Democratic discomfort over this race; with Democratic insiders saying Northam’s internal polling has this race within the margin on error.

So, what’s going on here? Well, to start, as Guy noted, Democrats are in a slump and Northam’s rather lackluster personality isn’t the best for an election year, where Democratic turnout is low. Also, have we forgotten to mention that Northam voted for Bush—twice? Maybe the animus towards Dubya has died down in the Old Dominion (maybe not; there’s bigger fish to fry), but I digress. Northam also skipped the Labor Day parade at Buena Vista, Virginia, which seems to have tuned into a red flag for his campaign. As David Wasserman of Cook Political Report noted at the time, yes—Buena Vista has less than 7,000 people, but what people take from this could be a) Northam is lazy; and b) he doesn’t care about rural voters. Americans for Prosperity launched an ad hitting Northam for letting a fake Chinese company take $1.4 million when he was on the board of the Virginia Economic Development Partnership. He was asleep at the switch, why trust him with our tax dollars? I get it, but I think the real sinker for Northam could be in the rural areas, where his campaign is non-existent. In the last debate between Northam and Gillespie, that weakness was explicitly clear and in a year where the voter-rich Northern Virginian suburbs are no shoo-ins for scores of Democrats, the Virginia coal miner could be the one that delivers a critical blow to Northam and national Democrats. Even in 2016, Trump didn’t win the state, but his campaign was able to maximize the rural areas to undercut Clinton’s advantage in the urban areas. In some states, it was enough to clinch victory.

For Virginia, coal could be the issue where Northam trips up. As The Washington Post noted earlier this month, he was clearly uncomfortable discussing the subject in the wake of the Trump administration’s decision to terminate the Obama-era Clean Power Plan, which would have been the death knell for coal. Not only that, but it could have cost millions of jobs within the black and Hispanic communities, torpedoed the home budgets of fixed-income seniors, and sent the electric bills of millions of Americans through the roof. This race also shows why it’s critical for Democrats to reach out to white working class i.e. rural voters. It could also worsen tensions between the progressive and establishment wings of the Democratic Party. The last debate was held on October 9 (via WaPo):

In the heart of coal country, at the University of Virginia campus in Wise, the moderator asked Ed Gillespie about schools. The Republican nominee quickly pivoted to talk about coal. He celebrated the Trump administration’s announcement that Barack Obama’s Clean Power Plan will be rescinded and warned that his Democratic opponent, Ralph Northam, will try to put a Virginia version in effect if he gets elected. He then promised repeatedly to reinstate a coal tax credit.

Rather than push back, Northam — the lieutenant governor — talked about pre-K and K-12 education.  Then the moderator asked him about the Clean Power Plan. He grew visibly uncomfortable and gave a halting answer that both nodded to the importance of coal and called for embracing renewable energy. “Coal is very important to the economy in southwest Virginia. I understand that,” he said. “So, I will do everything that I can to support the coal industry. … At the same time, we have a great opportunity.” He explained that renewables like wind and solar are “a win-win” because they could bring the jobs of the future. “At the same time, it would move us to cleaner energy and a cleaner environment,” he said.

A medical doctor by background, Northam said rural Virginia needs a shock to the system. He said he’d fight to expand the interstate, bring Amtrak out to rural parts of the state and improve broadband Internet. But just like Gillespie has a difficult balancing act vis-à-vis President Trump, Northam struggles to talk about cultural issues like Confederate monuments and economic issues like coal in a way that resonates with these voters but does not alienate progressives who he needs to turn out for him in places like the D.C. suburbs.

For Democrats, figuring out how to get a toehold back into rural territory is imperative. The biggest Senate battlegrounds in 2018 are in states like North Dakota, Montana, West Virginia, Indiana and Missouri.

Thus far, in Virginia’s off-year election, there are few indications that they are figuring it out. If Northam blows this race — which is a very real possibility — it will set off Democratic alarm bells about the wisdom of their midterm strategy and generate a wave of nasty recriminations in the escalating civil war between the pragmatists and the leftists.

The Post added that southwest Virginia is where Clinton got crushed and coal is a big reason for that. These voters, along with their brothers and sisters in West Virginia, have not forgotten what Clinton said during the 2016 Democratic primaries, where she proudly said, “we’re going to put a lot of coal miners out of business.” She obviously lost that primary.  The publication added that coal is still a hot issue here, with a local news story on the matter disseminated every day. For a race that will be decided on the margins, and Gillespie working hard and banking on rural voters to win—the advantage seems to be with him in a race that’s all tied up. If the turnout in NoVa is dismal, that could be the ball game for Democrats in this race. We’ll have to see. Yet, given the issues and political dynamics here, coal, jobs, rural vs. urban, etc., it’s no wonder that the Left sees this race as a must-win.  There are a lot of Democrats from rural states that will be fighting for their political lives next year. This is a bellwether. Former Vice President Joe Biden and former President George W. Bush have all stumped for their respective party’s candidates.

Oh, and circling back to Northam’s remarks about coal and renewables,like with Al Gore, he might as well have just said ‘I don’t care about you’ to rural voters. He already has by not even showing up out there.