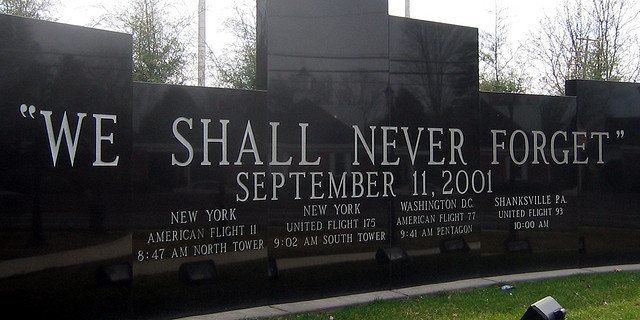 Progressives have been obsessively protesting and demanding the removal of Confederate statues all across the country. It didn’t stop there. Some activists are now demanding their local officials remove statues dedicated to our Founding Fathers and former presidents.

Others are concerned what this new movement means for our founding documents – are they safe from the incinerator?

“Fox & Friends” anchor Brian Kilmeade raised a new concern Monday. On this 16th anniversary of the September 11 terror attacks, Kilmeade is wondering whether the memorials dedicated to the 3,000 victims of that fateful day are safe from the politically correct grip of progressives. He posed the question to Interior Secretary Ryan Zinke Monday, who is attending a service with Vice President Mike Pence at the Flight 93 Memorial in Shanksville, PA.

“Do you worry 100 years from now that someone’s going to try and take that memorial down like they’re trying to remake our memorials today?” Kilmeade asked.

He didn’t have a direct answer, but he did say we should “learn” from history.

.@SecretaryZinke on @foxandfriends: "We live in a great country. Monuments are not Republican, Democrat, Independent." pic.twitter.com/eBwAcMxWte

“I’m an advocate of learning from our monuments, understanding the period that they were made,” Zinke said. “We live in a great country. Monuments are not Republican, Democrat, Independent, monuments are a tribute to all of us.”

Mediaite and left-leaning sites mocked Kilmeade for his question. What do you think? Could society really sink that low to disrespect the 9/11 victims?

After all, who ever would have thought Mount Rushmore would be in jeopardy?