Steven Hayes is a tax expert and former tax attorney who believes income tax should be eliminated and replaced with a national retail sales tax, or a Fair Tax. He is the Chairman and President of Americans for Fair Taxation.

On the podcast, they talk extensively about why true tax reform is needed in this country. They consider how this kind of tax reform is a better, simpler solution for how the government should collect tax from citizens.

They talk about hidden taxes that people don’t even know about, income tax evasion and different aspects of the new tax bill. 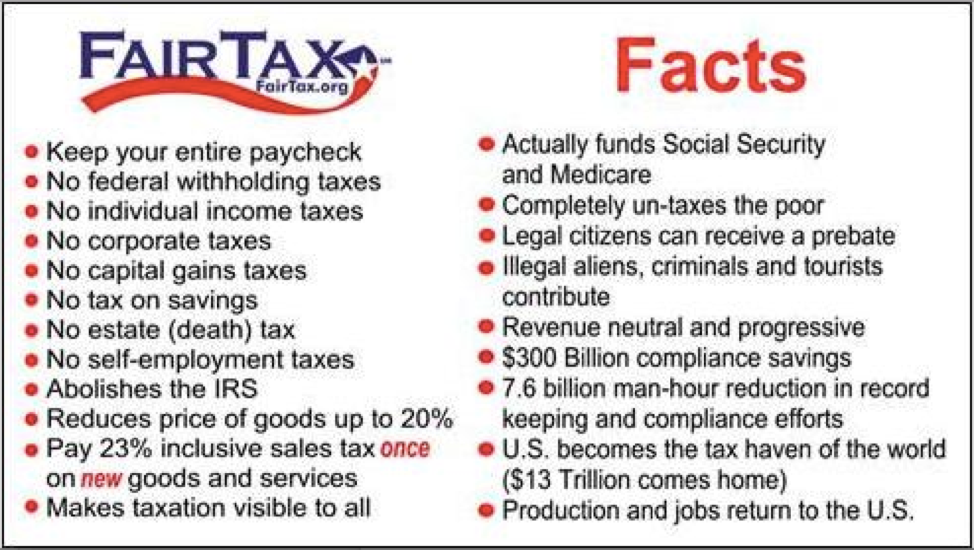 Also on the episode, Chuck and Mark talk about how Trump is exposing Congress and pushing back against them, Al Franken, Black Lives Matter’s holiday message and more.

To read the story about how the Obama administration stopped the DEA from enforcing drug laws in order to make a deal with Iran, visit https://www.politico.com/interactives/2017/obama-hezbollah-drug-trafficking-investigation/.

Steven L. Hayes graduated with honors from the University of Arkansas and the University of San Francisco Law School. As a self-described “recovering” tax attorney he spent considerable time and resources investigating alternatives to the income tax. Based on his research, including interviewing tax practitioners, business owners, employees and economists, he determined the best solution was to eliminate the income tax and the IRS and replace them with a national retail sales tax collected by the states.

In 1990, Mr. Hayes joined and became President of Citizens For An Alternative Tax System (CATS), a non-profit 501(c)(4) lobbying organization, which was the first organization dedicated to the idea of replacing the federal income tax with a national sales tax. He was also instrumental in forming the Florida FairTax® Educational Association, Inc., (FFETA) and currently serves on the FFETA board of directors.

Hayes has appeared on hundreds of radio and television shows, had numerous articles published in newspapers and magazines, and regularly speaks to groups of citizens around the country about why we must eliminate the income tax and the IRS and replace them with a national retail sales tax.

Mr. Hayes has testified before the House Ways and Means Committee and former Congressman Jack Kemp’s Tax Reform Committee. He is widely sought after as a subject matter expert on tax reform panels and forums.