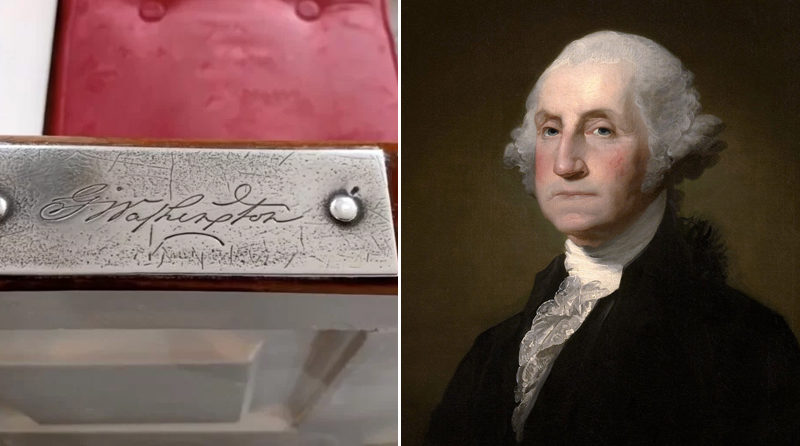 The Virginia church that George Washington attended for two decades plans to tear out a memorial to the nation’s first president because the plaque could make some worshipers feel “unsafe or unwelcome.”

Christ Church in Alexandria, Va., where Washington became a founding member in 1773, will remove his memorial and a similar one to Robert E. Lee, the Washington Times reported. Church leaders say the memorials, which sit to the left and right of the altar, have become too divisive and might be discouraging parishioners from attending services.

“The plaques in our sanctuary make some in our presence feel unsafe or unwelcome,” the church leaders said, according to the Washington Times. “Some visitors and guests who worship with us choose not to return because they receive an unintended message from the prominent presence of the plaques.”

The church’s decision to remove the plaques puts it at the center of a nationwide debate over the display of memorials to important American historical figures whose acts or statements didn’t comport with today’s social norms. Many groups have protested against public memorials to Confederate generals, such as Robert E. Lee, and also to transformative presidents such as Washington, Andrew Jackson and even Abraham Lincoln.

The memorials at Christ Church in Alexandria were placed at the same time in 1870, months after Lee’s death. City residents chipped in for the plaques for both leaders, whose families had for many years been generous donors to the church’s endowment.

The Rev. Noelle York-Simmons, rector of the church, told the Washington Times the decision to take down the memorials was made by “unanimous vote” of the vestry, or church leadership committee. Church leaders say the plaques will come down by next summer, but no decision has been made as to how they will be displayed in another part of the church grounds.

“The new display location will be determined by a parish committee,” York-Simmons said. “That location will provide a place for our parish to offer a fuller narrative of our rich history, including the influence of these two powerful men on our church and our country.”