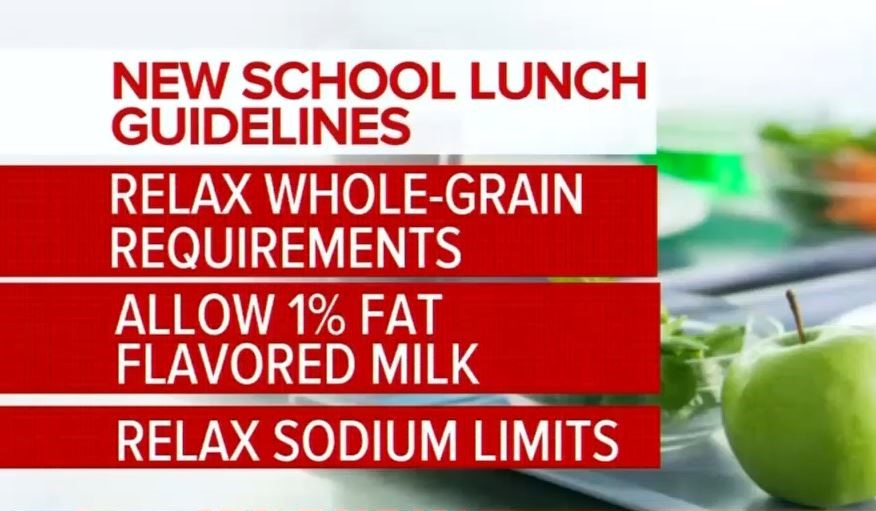 The beginning of the Trump administration has been punctuated by the toppling of many Obama-era regulations.

Trump has regularly basked in the continual reversal of Obama policies via executive order by his administration. One of the most controversial regulation legacies of the Obama administration was their school lunch reform program. The National School Lunch Program sets guidelines for lunches across the country, and First lady Michelle Obama severely restricted the calorie and sugar contents of the program, which led to reports of school children being hungry and malnourished.

Now, one of the favorite lunchtime staples banned by the Michelle Obama rules is getting back into the lunchtime rotation of America’s public schools.

Speaking to the rules change, Agriculture Secretary Sonny Perdue told reporters in May:

“This is not reducing the nutritional standards whatsoever. I wouldn’t be as big as I am today without flavored milk.”

Perdue doubled down on one of the major criticisms of the Obama administration lunch program in a statement last week:

“Schools want to offer food that students actually want to eat. It doesn’t do any good to serve nutritious meals if they wind up in the trash can.”