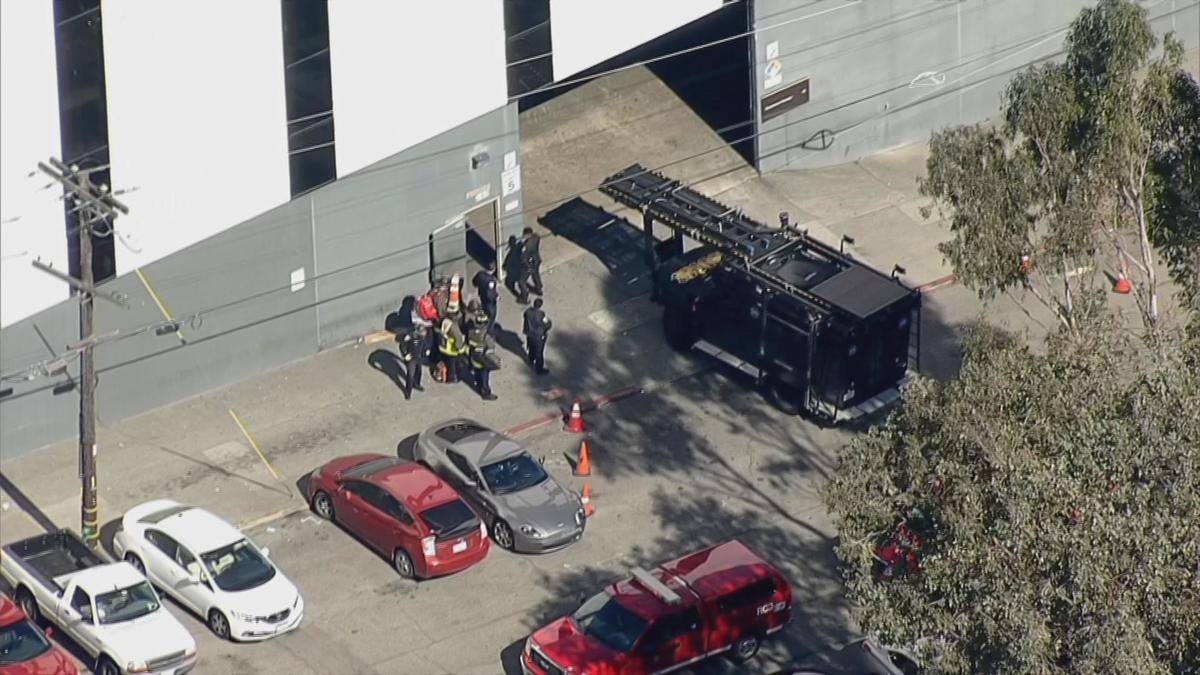 SFPD says that four people have been killed, including the gunman, after a shooting at a UPS facility in the area of 17th Street and San Bruno in San Francisco. Two people were also injured.

A source says the shooter turned the gun on himself after firing on the victims during the drivers’ morning meeting around the time of a shift change. He died at SF General.

SFPD is going through the building, making sure there aren’t any other accomplices but they say the building is secure and the shelter-in-place has been lifted. It is believed he acted alone and this incident is not related to terrorism.

UPS has confirmed that the shooter was an employee and SFPD confirms he was wearing a UPS uniform.

An employee says the shooter was a San Francisco resident who “had it out for a manager” and had problems off the job, too. This has not been confirmed by SFPD.

Police recovered two firearms, one of them a semi-automatic handgun. They do not know the motive for the shooting at this time.

UPS released a statement Wednesday saying, “UPS confirms there was a shooting incident involving 4 employees within the company’s facility in San Francisco earlier this morning. Local law enforcement are conducting an investigation. We cannot provide information as to the identity of persons involved at this time, pending the police investigation. We understand that there are potentially multiple deaths, although some individuals were transported to the hospital and we are unsure of their status at this time. The company is saddened and deeply concerned about affected employees, family members and the community we share. Our thoughts and prayers are with all those touched by this incident. The facility is an area package sorting hub and package delivery center.”

Senator Dianne Feinstein released a statement saying, “I was heartbroken to learn that yet another senseless act of gun violence has marred our wonderful city. My heart goes out to the victims and their families, and to everyone affected by this despicable act. I can’t help but recall the 101 California Street shooting in 1993, when eight people lost their lives. Violence is never the answer, but the continuing scourge of gun violence is particularly disheartening. As we learn more details of this shooting, I’m hopeful that we can take away lessons to help prevent these acts from occurring in the future. We must do more to address the underlying roots of these tragic events.”