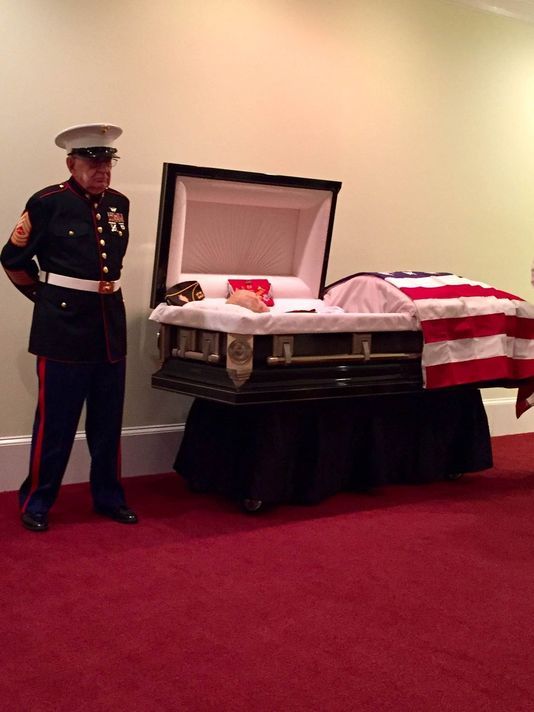 An 83-year-old veteran kept a promise that he made to his fellow Marine during the Vietnam War.

Master Sgt. William Cox, 83, told his buddy First Sgt. James T. Hollingsworth, while under attack in Vietnam on New Year’s Eve in 1968, that if they survived the war they would contact each other every New Year’s Eve for the rest of their lives, Greenville News reports.

Both survived the attack and the war, and have kept their promise to each other for nearly 50 years.

The two men met on their journey to Vietnam in 1968. Hollingsworth moved to Georgia after his tour of service while Cox embarked on a 20-year career in the Marines and received a Distinguished Flying Cross in honor of his service.

Despite their different paths in life, both managed to keep their promises to each other.

When Hollingsworth passed away this year, Cox said he would keep one final promise to his friend. Hollingsworth requested that Cox give the eulogy at his funeral.

“I said, ‘Boy, that’s a rough mission you’re assigning me to there,’” Cox said, recalling the conversation he had with Hollingsworth after learning that his friend had been diagnosed with a terminal illness.

Cox was unsure of whether he would live up to the promise he made to Hollingsworth, but he went above and beyond his promise. He not only delivered the eulogy at his friend’s funeral but stood guard at his casket.

The 83-year-old stood guard at Hollingsworth’s casket without the aid of his cane that he normally uses as a way to pay tribute to his fellow Marine.

“There’s a bond between Marines that’s different from any other branch of service. We’re like brothers,” Cox said.