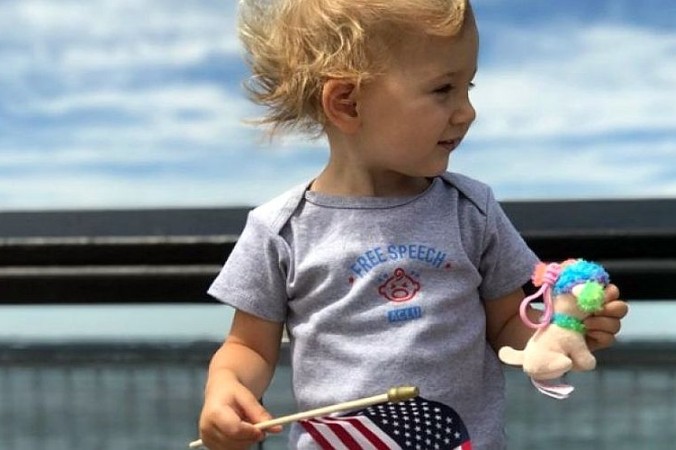 The American Civil Liberties Union apologized shortly after tweeting a photo of a baby wearing a free speech onesie and holding an American flag after critics denounced the picture because the child was white.

The ACLU captioned the photo of the child, which was tweeted out on Wednesday, “This is the future that ACLU members want.”

But progressives immediately flipped out because they interpreted the photo as an endorsement of white supremacy.

A White kid with a flag?!

It didn’t take long for the apology to come and the group to issue a correction.

“When your Twitter followers keep you in check and remind you that white supremacy is everywhere,” the ACLU tweeted.

The ACLU then followed up clarifying that they were only trying to promote the group’s onesie.

The civil liberties group has faced backlash recently for defending the organizers of the white supremacist rally in Charlottesville, Virginia that turned violent. It has since announced it will no longer automatically defend groups that bring guns to protests or rallies.

“It’s neither a blanket no or a blanket yes,” said the ACLU’s executive director Anthony Romero. “The events of Charlottesville require any judge, any police chief and any legal group to look at the facts of any white-supremacy protests with a much finer comb.”

“If a protest group insists, ‘No, we want to be able to carry loaded firearms,’ well, we don’t have to represent them. They can find someone else.”