The American Civil Liberties Union published a photo of a blonde-haired child in a Free Speech T-shirt holding a US flag.

The photo included this text: “This is the future that ACLU members want.”

This is the future that ACLU members want. pic.twitter.com/bAIwuheEco

But that is not what the Twitter hate mob wants.

So the ACLU caved and admitted white children are inherently evil. 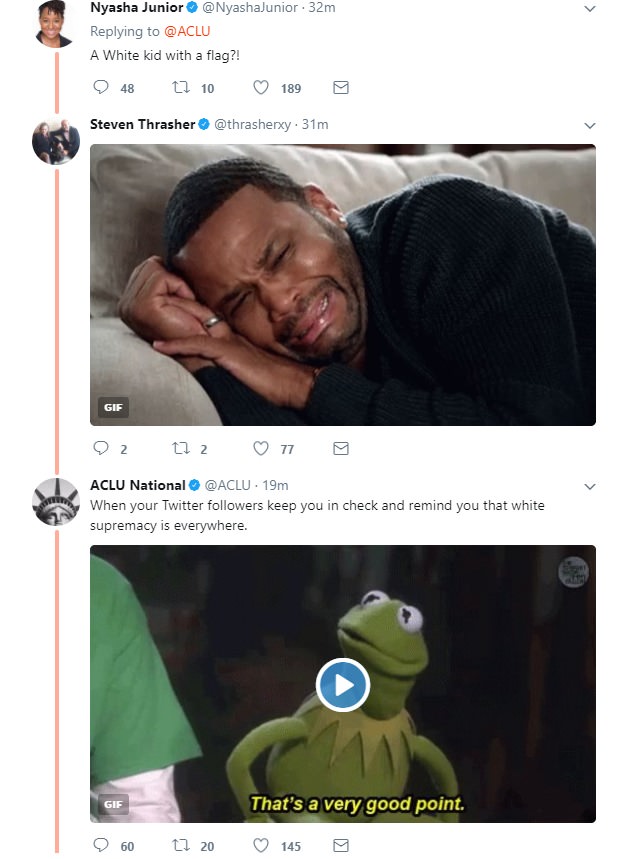