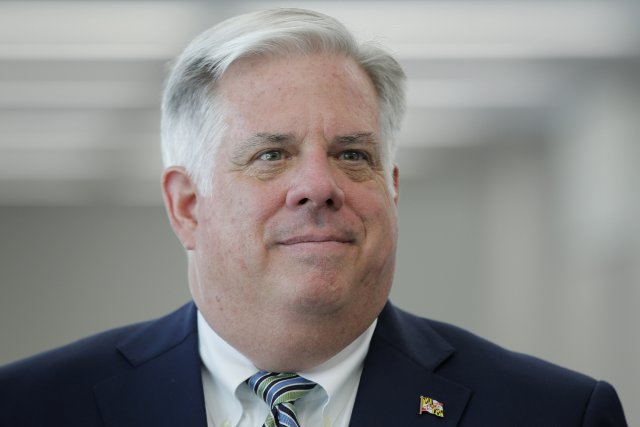 The group is suing on behalf of four individuals who say their views were censored by Hogan and are seeking “a permanent injunction against the Governor’s unconstitutional social media policy as enforced by the Governor and his staff.”

“The highest purpose of the First Amendment is to protect the right of Americans to engage in political speech and to petition the government to address their concerns,” Deborah Jeon, legal director for the ACLU of Maryland said in a statement. “As the Supreme Court ruled in June, and a federal judge in Virginia echoed just last week, social media has become a vital means for constituents to communicate with their elected officials. It violates both the First Amendment and Maryland’s own social media guidelines for government officials to block out any voices of dissent or those simply raising questions about positions taken by public officials sworn to serve.”

Hogan’s office commented to WTOP that “this frivolous lawsuit is completely without merit, a waste of taxpayer dollars, and has more to do with partisan politics than anything else.”

“The governor’s office has a very clear social media policy, and we will continue to remove all hateful and violent content and coordinated spam attacks to foster an open and constructive dialogue,” they explain. “Ultimately, with all of the challenges we face in this country and across the globe, we can all agree that the ACLU should be focusing on more important issues than monitoring Facebook pages.”

Maryland Democrats first objected to comment deletions in February, as reported by The Baltimore Sun, even filing a records request to look into the process by which Hogan’s staff made deletions.

Hogan spokesman Doug Mayer called the Democrat’s concerns at the time “a clear-cut case of page envy, because we have 10-times as many followers as they do.”

The ACLU case is wading into new legal territory of free speech rights on social media. However, a few similar cases have cropped up in the past year including a lawsuit against President Trump by seven people who are blocked from viewing his Twitter account.