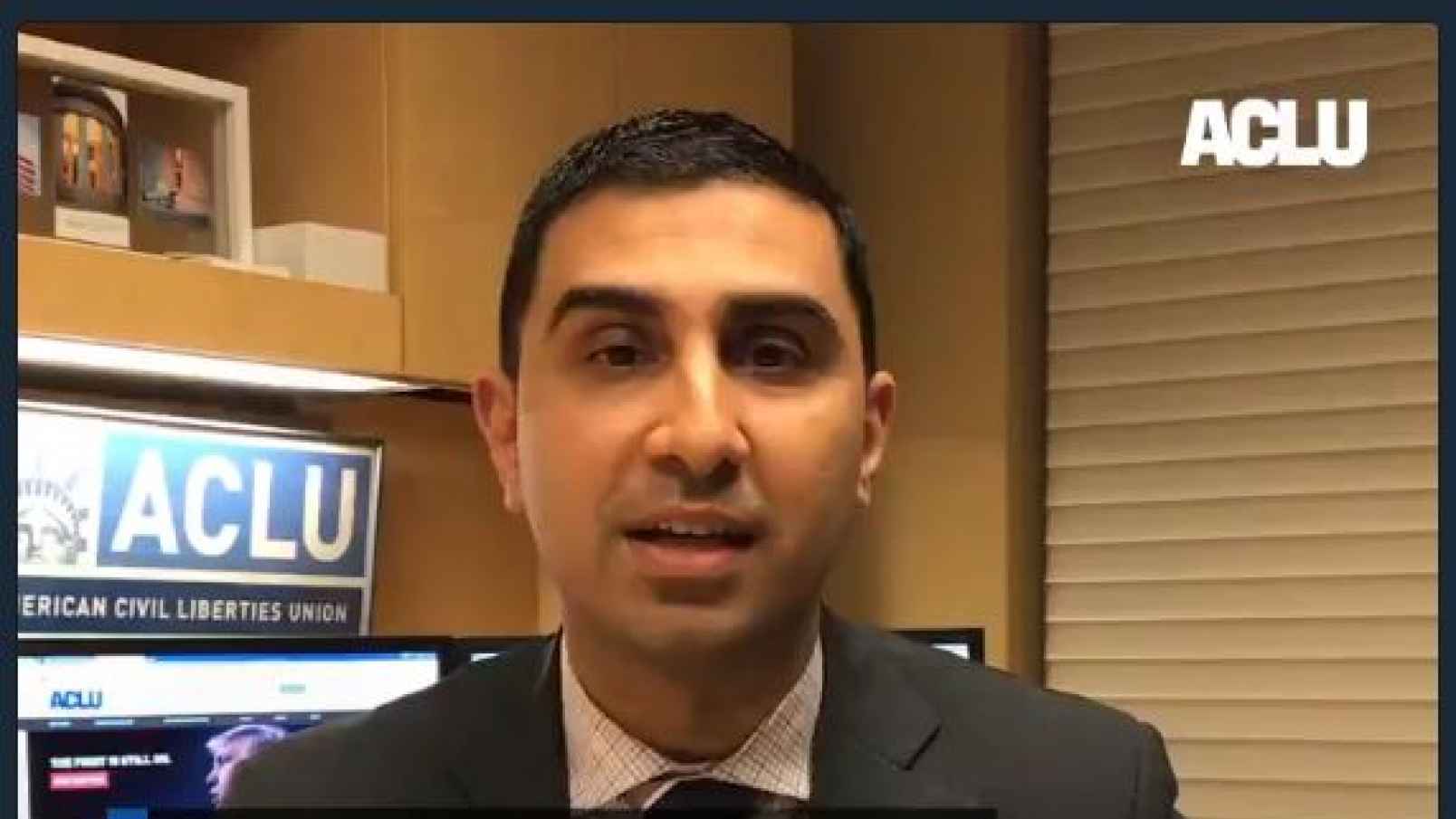 If a nuclear war breaks out, the only things to survive will be cockroaches and Faiz Shakir.

Shakir went from ThinkProgress to Pelosi’s office to the ACLU. And here he is giving that anti-American organization’s response to Trump’s State of the Union.

“Tonight, President Trump said the word ‘America’ more than 80 times in his speech. Yet, after a divisive first year, we hear and feel how exclusionary that ‘America’ is, with policies that have harmed so many vulnerable American communities,” Shakir said in a statement.

“Imagine that, he said America in THE STATE OF THE UNION! These people have really lost their way. It’s really a shame,” Trump Jr., the president’s eldest son, said in a tweet.

It’s the ACLU that has the word “American” one time too often in its name.