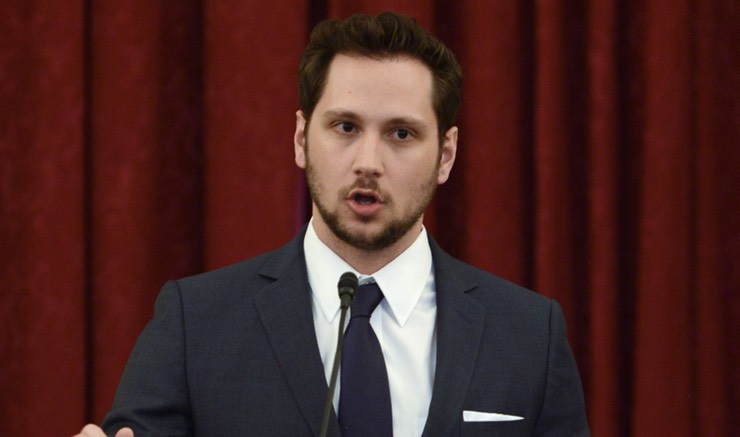 Actor Matt McGorry, who stars on the ABC series “How to Get Away with Murder,” is also part of an activist group that is organizing a fundraiser for the Los Angeles chapter of Black Lives Matter on Saturday night.

Several other television celebrities will join him in a performance featuring “selected testimonies, speeches, letters, poems, petitions, and manifestos of people throughout U.S. history who struggled against slavery, racism, war, and oppression.”

“We’re trying to raise $30,000 for the important work that Black Lives Matter-Los Angeles (BLM-LA) does,” McGorry said in a video promoting the event, which will be hosted by a local church known for its Gothic architecture. “To kick it off, I will be giving $5,000 in matching donations and ticket sales.”

McGorry is a member of a group called White People 4 Black Lives (WP4BL), which describes itself as “a white anti-racist collective that operates in solidarity with Black Lives Matter-Los Angeles.” Its goal is to “bring more white people into the movement for Black Lives.”

Time for us to get to work white people. With @WP4RJ in solidarity with #BlackLivesMatter 📸 by @scottfleishman pic.twitter.com/99xnWY9iZC

WP4BL is co-sponsoring the event with McCarty Memorial Church – a congregation that has welcomed Black Lives Matter into its sanctuary before. As the Los Angeles Times reported, Pastor Eddie Anderson sometimes incorporates the activists’ ideas into his sermons:

Anderson said the message of Black Lives Matter spoke to him and, he hoped, would resonate with a church that had fallen on hard times and needed a resurrection.

Black Lives Matter leaders have been implementing new strategies to finance the movement’s efforts. In 2015, they entered a partnership with a nonprofit charity. According to the Associated Press, it “has been acting as a mostly unseen financial arm of Black Lives Matter, with the ability to receive grants and tax-deductible donations on the group’s behalf.” Organizers also joined forces with a bank earlier this year to launch a debit card that can be used to support the group’s activism.

“We encourage people to get involved because when they do they can see how stuff comes together, and I think they’re much more committed to giving,” she continued.

Abdullah and McGorry have been close allies for several years. The actor routinely publicizes Black Lives Matter causes to his massive social media following, often participating in their protests and other actions. Abdullah has described McGorry as “one of my fav folks in this beautiful struggle.”

Tickets for Saturday’s fundraiser start at $40 for general admission. VIP level tickets ($100) include a pre-show reception with the performers.