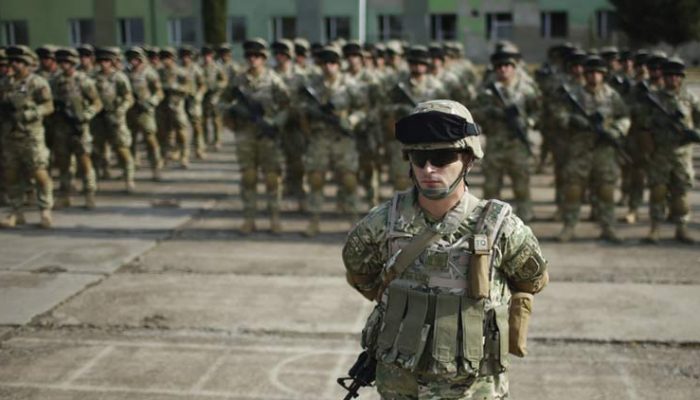 The United States military has apologized for offending Afghan Muslims by air dropping anti-Taliban leaflets that contained an image of a dog, along with Quranic verses found on the jihadist organization’s flag.

The leaflets were aimed at attracting local support against the terrorist group in northern Afghanistan’s Parwan province.

In an attack described by the jihadists as “revenge” for the leaflets, a Taliban suicide bomber blew himself up outside the U.S.-controlled Bagram military airbase in Afghanistan, causing “a small number of casualties,” Voice of America (VOA) reported, citing Afghan and U.S. officials.

Known to inflate casualties, the Taliban claimed the attack “killed and wounded up to 20” American forces.

The Taliban attack came after U.S. Gen. James Linder apologized for the propaganda documents dropped by air in Parwan, explaining that the leaflets “mistakenly contained” the controversial image.

“I sincerely apologize. We have the deepest respect for Islam and our Muslim partners worldwide,” the general also said, adding that an investigation would be held “to determine the cause of this incident and to hold the responsible party accountable.”

He acknowledged that it is “highly offensive to both Muslims and the religion of Islam.”

Taliban jihadists are the deadliest terrorist group in the war-ravaged country, killing and maiming a record number of Afghan civilians and Afghan National Defense and Security (ANDSF) members, which includes police and army units.

Moreover, the Taliban is responsible for most of the American military fatalities and injuries.

The leaflets were distributed via air drop in northern Parwan province of Afghanistan which sparked furor among the people as the leaflets contained image of a dog along with the Taliban flag which contain holy Islamic verses.

Driven by the “furor” among the people in Parwan, local officials have urged the United States to investigate the incident thoroughly.

The remaining estimated 25 percent (8 million) live in areas contested by the terrorists and the Afghan government.

Overall, Islamic terrorists, mainly the Taliban, control or contest about 40 percent of Afghanistan.

The Asia Foundation surveyed the situation in Afghanistan in 2016, finding that more than 90 percent of Afghan respondents reported fear of encountering the Taliban.

However, the lack of trust among Afghans extends to the U.S.-backed local security forces, some of whom America has accused of corruption, “with 44.8% reporting some or a lot of fear when encountering the ANP [Afghan National Police], roughly the same as in the previous two years. Fear of encountering the ANA [Afghan National Army] was reported by 42.1% in 2016,” revealed the survey.

Although the Taliban is mainly responsible for civilian casualties, the United Nations has also accused the ANDSF of fatalities and injuries.