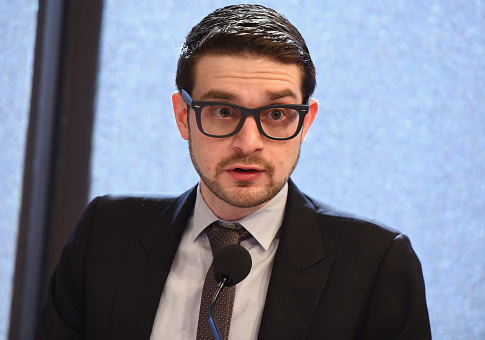 George Soros’s son has emerged as a major liberal donor

Alexander later sent a $101,700 donation to the DNC’s “building account” in late July, bringing his total amount of federal contributions to $152,000 on the year.

George Soros’s largest donation this cycle is $80,000 and was made to American Bridge 21st Century, a liberal super PAC founded by Hillary Clinton ally David Brock. George also gave thousands to Ossoff and Sens. Debbie Stabenow (D, Mich.), Tester, Murphy, Cantwell, and McCaskill. He has made $114,000 in federal contributions so far this cycle, according to the most recent FEC filings.

Alexander Soros, who has posted pictures of himself on social media drinking with Democratic leadership, stepped up as a major liberal donor during the 2016 election cycle when he gave more than $4.5 million to Democratic campaign committees and political action committees.

The bulk of his contributions throughout the last election cycle—$3.5 million—was given to the Senate Majority PAC, the political action committee of former Sen. Harry Reid (D., Nev.). Alexander added a $1 million donation to Priorities USA. George Soros gave $9.5 million to Priorities and was the PAC’s largest donor.

The $4.5 million in political donations was a drastic uptick from the $400,000 he gave during the 2014 elections, according to records.

On the state level, both Alexander and George gave hundreds of thousands this year to the campaign of Tom Perriello, a former congressman who lost the Virginia Democratic primary for governor to Ralph Northam. George has also flooded a local district attorney’s race in Philadelphia with funds.

Alexander did not return a request for comment on his increased political giving in recent years.