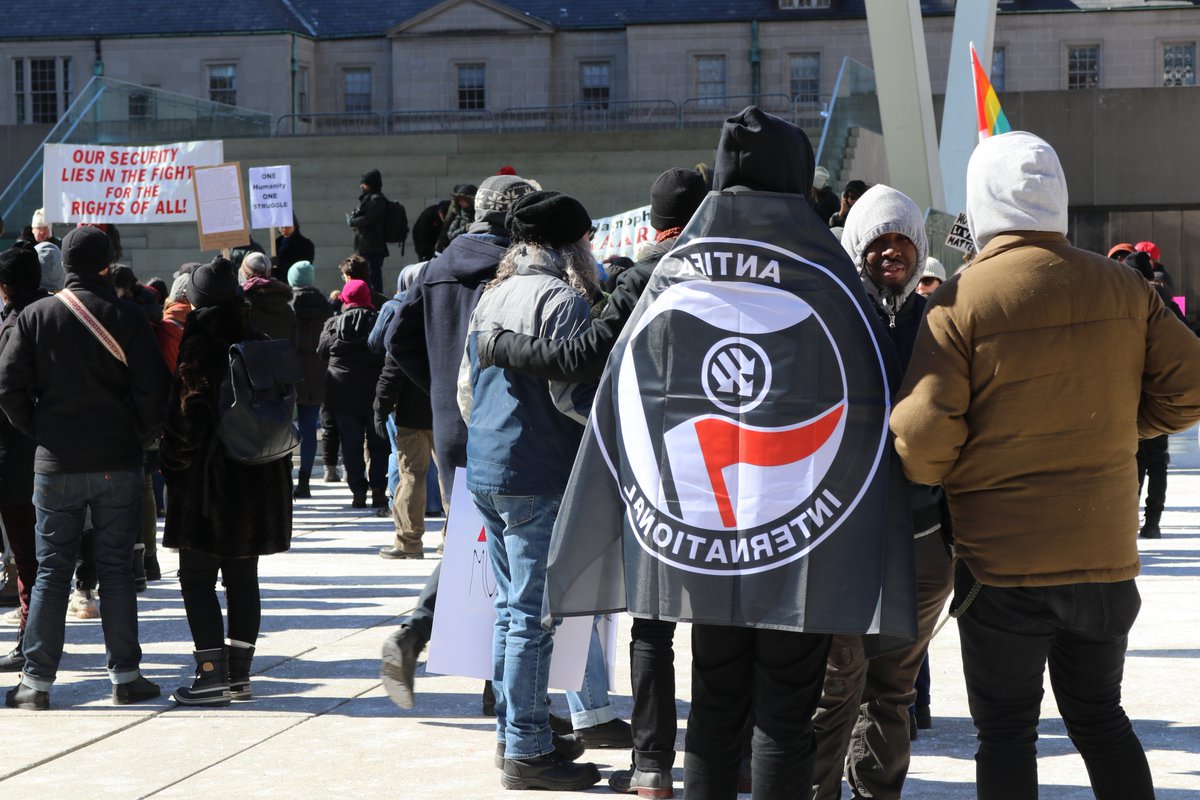 The extremist Alt-Left group Antifa have threatened further violence against journalists in Canada after members of the group attacked a camera crew of one of the country’s largest broadcasters in Quebec.
Last weekend anti-mass migration protestors marched against the current Canadian migrant crisis, which has seen thousands of mostly Haitian nationals penetrating the border from the United States.

During the protest, Antifa members started a riot, attacking anti-mass migration protesters, police and a camera crew from Canadian broadcaster Global News. The group — which Breitbart News has profiled previously — has since claimed credit, and promised more attacks on journalists in the future.

On the Antifa website ‘MTL Counter-info‘ an anonymous poster took credit for the attack, writing: “Sometimes, it is necessary to go against what the mainstream considers ‘acceptable’, to break the law in order to do the ethical thing.”

The author claims that corporate media are the enemy because they “exist to propagate and reaffirm a capitalist worldview, and regularly hand over their footage to police without even waiting for a court order.”

The article admits that many of the actions of Antifa activists are illegal, but claims police trying to hold them to account for their actions is “repression.”

Only media “trusted” to blur out the faces of activists committing illegal acts are allowed within the confines of Antifa protests, according to the author.

A guide for sympathetic journalists recommends journalists do not Livestream, because “the police will be able to save your footage for evidence immediately. If you capture something incriminating, you won’t have a chance to edit it out.”

The rise of the Alt-Left has taken place in a number of countries including the United States and Germany. Earlier this week at a rally in Phoenix, U.S. President Donald Trump identified Antifa by name, and almost 300,000 people have signed a petition to designate them a terrorist group.

In Germany, where the group originated as a paramilitary wing of the Communist Party, Antifa has enjoyed a large presence in several major cities for decades. After the G20 riots in which hundreds of police officers were injured, many have called for the government to finally address the lawlessness of the group, who attack right-wing politicians and routinely cause vandalism and destruction.

Ulf Poschardt,  editor-in-chief of the German newspaper Die Welt, likened the masked, black-clad extremists to the Italian blackshirts of the 1920s, saying: “Their black costume reveals that their aesthetic is inspired by Mussolini’s blackshirts. They act like fascists. They stir up fear and uncertainty.”