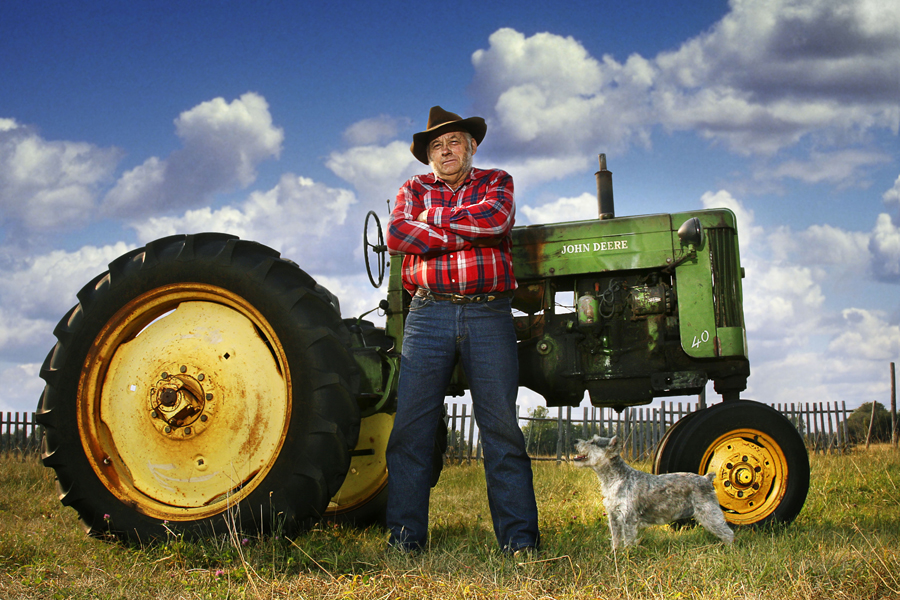 Liberals frame the debate over illegal immigration as a dilemma: either America grants amnesty to aliens or the economy will collapse.  Some even imply that Americans will starve to death because of higher food prices – who will pick America’s fruits and veggies if not illegals? Bruce Goldstein, president of a nonprofit called Farmworker Justice, boldly claims that if we were to deport all illegal aliens, “our agricultural system would collapse.”  Collapse.

This is nonsense.  American agriculture will not collapse without illegal labor.  Why?  Because there are plenty of technological solutions and American workers available to pick up the slack.  It is time to put this myth to bed.

Agriculture is not a labor-intensive industry, and it has not been for decades.  Less than 2 percent of Americans work in agriculture, according to the World Bank.  This figure has declined since 1960, when roughly 6 percent of Americans worked on farms.  If trends continue, we can expect the number to continue to fall.  This is because of the wonders of mechanization: machines now do everything from threshing wheat to milking cows.  The bottom line: Most farmers do not “benefit” from cheap illegal labor, since their labor costs are minimal to begin with.

The “exceptions” to this rule are fruit and nut farms, located primarily in California.  Crops like raspberries and almonds are notoriously difficult for machines to pick.  There are many reasons for this, including the fact that berries require a “soft touch” – they ripen at different times, and bushes are tough for machinery to navigate.  These labor-intensive farms are the main agricultural culprits when it comes to hiring illegal workers.  After all, they have the most to gain.

But realistically, even labor-intensive agriculture does not depend upon illegal labor.  Orchards could get by without illegal workers since only four percent of American agricultural workers are illegal aliens, according to a report in National Review.  Likewise, only one in six workers in California’s nut orchards is an illegal alien.  Removing illegals from the system would be inconvenient for them, but it would not drive them out of business – the remaining employees would simply have to work a few hours of overtime per day.

Without Aliens, Who Will Pick the Crops?

There are two ways for the agriculture industry to replace illegal workers: they can either hire Americans or invest in better technology.

At this moment, there are roughly 23 million unemployed Americans, some of whom have experience in agriculture.  On top of this, America has a massive problem with seasonal unemployment for its college students.  Either way, there are more than enough Americans to fill the potential labor shortage.  The only reason Americans are not working in agriculture is because they are out-competed by cheap illegal workers.  Data from the Bureau of Labor Statistics reveals that millions of Americans – of all races – currently work as janitors, laborers, and agricultural workers.  If farmers were required to pay market wages, they would not have a problem finding employees.

The counterpoint: If farmers hire Americans, the price of food will go up!  Yes – but not by much.  Higher labor costs can result in higher prices only to the degree that labor impacts the product’s cost.  For example, higher wages for train conductors does not appreciably impact rail shipping costs because there are so few conductors per unit of freight – rail is capital-intensive.  Contrast this with some retail outlets that spend 70 percent of their revenue on labor costs.

Agriculture – even fruit and nut orchards – is relatively capital-intensive – i.e., the labor costs aren’t all that significant per unit of produce.  Proof is in the numbers.  A 2011 report published by the Federation for American Immigration Reform found that the agriculture industry was one of America’s most profitable sectors and could easily afford to pay its workers 20-30 percent more without significantly impacting profits.

Furthermore, research conducted by Philip Martin, a leading expert on farm labor and migration issues, found that labor costs are negligible compared to the retail cost of produce.  In 2006, Martin found that only 5-6 cents of every dollar spent on produce is due to labor costs.  Therefore, if illegal aliens were removed from the labor force entirely, and labor costs rose by up to 40 percent to attract American workers, labor would still only account for 7-9 cents.  Over the course of a year, this works out to just $9.00 extra for the average household.  This is nothing, especially when you remember that illegal immigration costs America between $115 billion and $140 billion annually.

The second option, improving technology and embracing mechanization, is the strategy employed by America’s wheat, corn, and dairy industries.  Ever had trouble affording flour or milk?  Probably not.  Thank mechanization for this fact, not illegal aliens.

Although adopting new technology can be expensive, it brings costs down in the long run.  And as it turns out, there is a good argument to be made that the American fruit and nut industry’s addiction to cheap illegal labor has stifled technological development and kept prices artificially high.  Farmers should and could mechanize – today.  The technology exists.  If only America’s fruit farms would embrace it.  For example, an American company called “Abundant Robotics” has developed a fruit-picking robot that can harvest apples and peaches.  Other companies have developed machines that are able to pick much smaller, more delicate fruit, like grapes and strawberries.

America’s farmers do not rely on illegal alien labor.  This is a myth cooked up by the pro-illegal immigration lobby to further its agenda.  Nothing more.  Meanwhile, America pays the price.