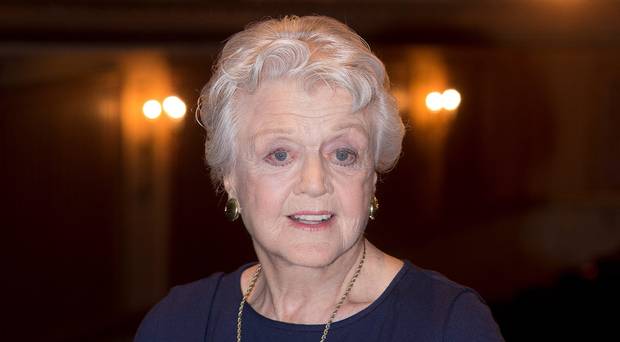 With sexual assault allegations being thrown around like baseballs on practice day, legendary actress Angela Lansbury (Murder She Wrote, Bedknobs and Broomsticks, etc.) was asked about her take during an interview with Radio Times.

What she said has the internet hyperventilating.

“There are two sides to this coin,” said Lansbury. “We have to own up to the fact that women, since time immemorial, have gone out of their way to make themselves attractive. And unfortunately it has backfired on us – and this is where we are today.

“We must sometimes take blame, women. I really do think that. Although it’s awful to say we can’t make ourselves look as attractive as possible without being knocked down and raped.”

That was enough to send the internet into hysterics about Lansbury being a “victim blamer,” and suggesting she’s the product of a more patriarchal time. However, Lansbury had also said immediately after that women are not to blame for being raped at all.

“Should women be prepared for this? No, they shouldn’t have to be! There’s no excuse for that. And I think it will stop now – it will have to. I think a lot of men must be very worried at this point.”

But that mattered very little.

Ladies and gentlemen, I give you the Keyboard Dance of the Outraged.

Angela Lansbury says that women should also bear the blame for harassment. Really?

Saw Angela Lansbury trending and was scared she died… it's worse. We cannot be held responsible for bad behavior of others, but we can stand up and stop it.

Angela Lansbury. She's one famous woman I did not expect to take a dagger to the heart from. Bloody hell.

Suggested headline for when she dies:

Thing is, when you break down what Lansbury said, it’s not really controversial. Women do much to make themselves look sexually attractive.

Add lowered inhibitions via alcohol or drugs, moments of weakness due to emotional upheaval, misread signals, and more, and horrible things can happen. This does not excuse the result, but that these things do happen isn’t exactly uncommon knowledge.

It’s why mothers and fathers have been warning their daughters about these kinds of scenarios since time immemorial. The decisions you make can put you at risk, so its best to make the wisest decisions that have a higher probability of keeping you out of a bad situation. It doesn’t always work, as even a woman sleeping safely in her bed can be attacked, but doing what you can to minimize the danger is a common sense move.

Today, society likes to say “men just shouldn’t rape.” This is true, but it’s also half the battle. Both men and women should take steps to make sure that they don’t find themselves in positions they may later regret. We’re sexual beings with biological impulses that sometimes help encourage us to act like fools. We’re not going to get rid of them with feminist articles raging against the patriarchy, or ad campaigns with Hollywood stars and popular political figures.

We should know to work with and around these impulses, not just dismiss them and act as if the world works differently.

Reading Lansbury’s words, they come off less like the ramblings of an old woman raised under the thumb of the patriarchy, and more like a woman who knows all about this and has some wisdom we should probably heed.