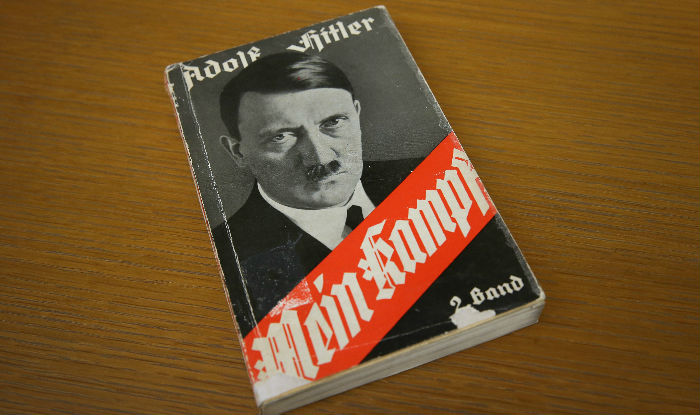 The head of a prestigious Atlanta private school has defended the decision to assign Adolf Hitler’s Mein Kampf for summer reading by comparing it to the school’s creation of a “gender inclusive restroom” three years ago.

Suzanna Jemsby of the Galloway School wrote in an Aug. 20 blog post that just as she agreed to “intentionally relabel a unisex restroom at the front of the school as a gender inclusive restroom,” so that students “who did not identify as cisgender” had a bathroom “that would respect their identity,” the school librarian consented when a mostly Jewish group of students asked in May to read Hitler’s autobiography.

Jemsby wrote that she couldn’t “argue” with the teenagers’ desire to read the book, because she had done so in college and it “led to fascinating discourse about leadership.”

“[R]eading Mein Kampf isn’t for every community, just as gender inclusive restrooms aren’t culturally appropriate everywhere,” wrote Jemsby, standing by the school’s actions in the face of criticism from Jewish parents and media.

The Mein Kampf assignment, which was not required reading, was first exposed by Jewish bloggers. They also published the following explanation from librarian Tara Vito: “I chose this book because I wanted a better understanding of political systems and of the world before WWII. Like many, I am a firm believer in preventing history from repeating itself. I was also intrigued when students had questions about WWII and how it could happen. Those are difficult questions to answer. In our discussion, I would like to examine organizations today that combat hate and how youth can become involved in such efforts.”

The Algemeiner, a Jewish news site, called out the school for selecting a controversial translation promoted by neo-Nazis, which Vito told the Algemeiner was selected for its plain, accessible language.

The school was also slammed for originally posting a summary online that whitewashed the book’s contents.

“Mein Kampf is often portrayed as nothing more than an Anti-Semitic work, however only 6% of it even talks about the Jews. The rest contains Hitler’s ideas and beliefs for a greater nation plus his plan on how to accomplish that goal,” the summary read. “Germany did not follow Hitler because he was a racist, they followed him because he promised a great future, and Mein Kampf is where he promised that great future.”

The school removed that description after complaints.

In her blog post, Jemsby wrote that at the first book club conversation, the students “had extraordinary insights and exceptional questions … showed social maturity and an ability to contextualise their learning that belies their age.”

Jemsby also described involvement in the Mein Kampf lesson by the Anti-Defamation League (ADL) and the Georgia Commission on the Holocaust.

However, in an Aug. 25 press release, the ADL and the GA Commission made clear that they believed the book was “not an appropriate” choice for high school students.

They wrote, “We believe that the choice of Mein Kampf was made without an awareness of the academic and pedagogical guidelines for teaching about the Holocaust. The students’ question, ‘How and why did the Holocaust happen?’ is not answered by a reading of Adolf Hitler’s political and racial manifesto.”

The two organizations portrayed their interaction with Galloway as an attempt to ensure the students would receive “a balanced, age-appropriate, contextualized perspective.” They have also said they offered to bring a Holocaust survivor to speak to the Galloway community, about a third of which is Jewish.