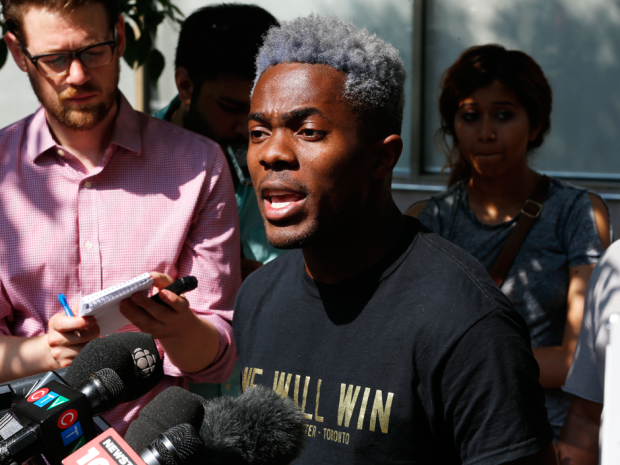 “White privilege is only half of the conversation.”

A co-founder of Black Lives Matter-Toronto released a video last week in which he urged allies of the movement to stop using the term “white privilege” and start saying “white supremacy” instead, according to The Daily Wire.“

Popular social justice discourse has used ‘white privilege’ to describe the benefits that come with whiteness,” Janaya Khan, International Ambassador for Black Lives Matter (that’s right — BLM has an “international ambassador”), said in the video. “The problem with describing white privilege is that it looks at the individual as opposed to the system itself.”

Khan recently married BLM co-founder Patrisse Cullors, and has since been very active with the organization speaking on college campuses, protesting President Trump, and garnering fans among BLM’s radical supporters: “feminists, socialists, communists and other groups,” according to the St. Louis Post-Dispatch.

One of those fans is radical darling Angela Davis, formerly associated with the terroristic Black Panther Party of the 1960s. Khan and Cullors met privately with Davis in Los Angeles earlier this year and, as The Daily Wire reported previously, “discussed the importance of changing vocabularies in pursuit of abolishing systems of oppression, such as policing, prisons, and capitalism.”

Khan concludes the video by saying, “We must stop white supremacists, but we also must fight the system that produces them.”

Of course, there is no “system” in America that produces white supremacists, which are the most marginalized, discredited, and inconsequential hate group in the country, despite what the left-leaning news media would like you to believe. But hyping the chimera of “systemic racism” is necessary to advance the anti-American, anti-law enforcement, anti-capitalist narrative of the Black Lives Matter radicals.