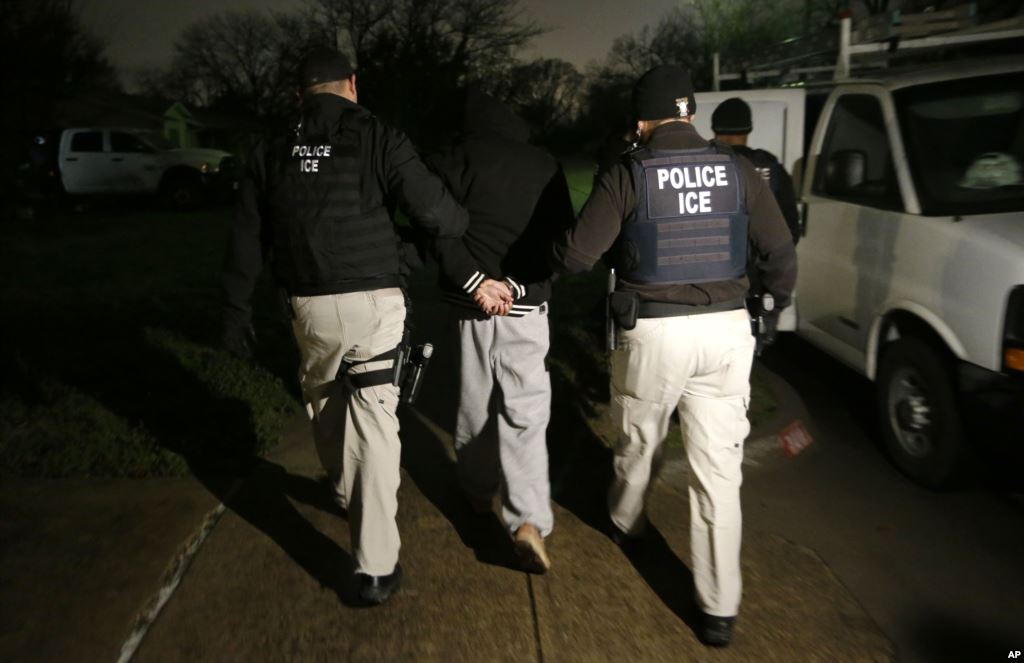 Labor Commissioner Julie Su last month directed her staff to turn away Immigration and Customs Enforcement agents unless the federal officers have warrants.

Her directive followed three instances over the past 10 months in which immigration agents sought information about California workers who had filed claims against employers. In two cases, immigration agents attempted to attend hearings where investigators discuss claims with workers and their employers, Su said. In all three cases, the agents left when they were asked, she said.

Su, the state’s labor commissioner since 2011, did not know how the immigration agents learned about the appointments.

So far this year, the department has opened 58 immigration-based retaliation cases, Su said.

She said the presence of immigration officers in state offices could disrupt the enforcement of labor laws by discouraging immigrant workers from reporting employers who short them on wages or unfairly punish them in other ways.

“What (the workers) say is ‘I don’t want to pursue my case anymore,’ ” Su said. “It’s our job to prevent retaliation, not assist in it.”

Jim Schwab, a spokesman for the immigration agency, would not confirm or deny federal agents had conducted investigations that involved the Department of Industrial Relations.

In each case, state leaders worried that immigration enforcement would deter undocumented residents from cooperating with state laws or accessing vital services.

Trump won election on a platform that included building a wall along the Mexican border and hiring thousands more immigration enforcement officers. Those proposals have sparked a backlash from California Democratic leaders, who have advanced bills to declare California a “sanctuary state” and to restrict enforcement of immigration laws at work sites.

“The atmosphere of fear created by Trump and ICE’s expanded dragnet hurt all California workers,” said Assemblyman David Chiu, D-San Francisco, who sponsored the bill that would restrict immigration enforcement at workplaces. “We have to do everything we can to fight back, and it’s great to see our labor commissioner taking a stand against the small minority of unscrupulous employers who are illegally retaliating against their employees.”

Sessions and former Department of Homeland Security Secretary John Kelly have bristled at the criticism they’ve received from California leaders. They wrote a letter to Chief Justice Cantil-Sakauye in March that said California’s “sanctuary city” policies have created a dangerous immigration enforcement environment because agents sometimes are unable to retrieve suspects from jails.

“Such policies threaten public safety, rather than enhance it,” Kelly and Session wrote.

Sen. Jim Nielsen, R-Gerber, has opposed the Democratic sanctuary bills. He criticized Su’s guidance, but added that he anticipates more department leaders issuing similar memos in the months ahead.

“I think it’s a black mark on California to have agencies of the state advocating the violation of federal law,” he said.

Su said her staff members mostly favored the 27-page immigration memo she distributed in early July. She cast it as a training document that would help her employees prepare for unexpected encounters with immigration officers.

“Our fundamental job is to make sure that there are strong workplace protections in every workplace in California,” she said. “In California, the long-standing policy has been that immigration status is irrelevant to protections of California labor laws.”

The document includes suggested scripts for how state workers should interact with immigration officials, instructing them to ask the officer to leave and call a department attorney or executive.

It also asks employees to write down contact information for the agent, and then to tell the agent, “The Labor Commissioner’s Office is a state law enforcement agency that investigates and prosecutes labor law violations. Your presence is interfering with our ability to enforce state labor laws. It is the Labor Commissioner’s general policy not to permit such interference with our state law enforcement duties.”

The script continues, “Would you please leave our office? The Labor Commissioner does not consent to your entry or search of any part of our office.”

The California State Law Enforcement Association, the union that represents most Department of Industrial Relations enforcement officers, declined to comment on the guidelines.

Service Employees International Union Local 1000, which also represents some of the department’s employees, endorsed the memo. SEIU supports the bills that would declare California a “sanctuary state” and restrict immigration enforcement at work sites.

“We proudly support the California approach of ensuring that our state and local governments focus on their work, not federal immigration law enforcement,” Local 1000 President Yvonne Walker said.

“I applaud steps taken to prevent the Trump administration from targeting the hardworking men and women of our state that help make California the sixth largest economy in the world,” he said.