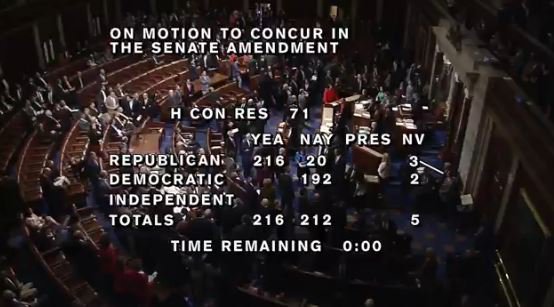 Republican lawmakers passed a budget today in the US House in a very close vote.

This allows Congress to move on to tax cuts for American workers.

Here is the list of Republicans who voted “No” on the budget that could have killed tax cuts.

To make #taxreform happen, we must pass a #budget. pic.twitter.com/MWDSM1vCgN