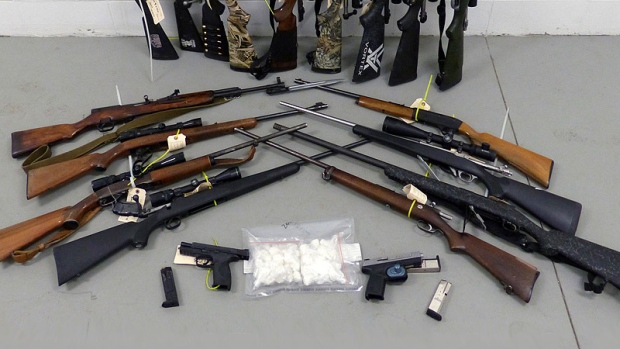 California courts ordered 86 people to temporarily give up their firearms last year, using a new law that allows for “gun violence restraining orders.”

The law allows family members or law enforcement officers to seek such an order against someone they judge to be an “immediate and present danger,” the Sacramento Bee reports. The suspensions by default last 21 days, but in 10 cases were extended to a full year by a judge’s subsequent order.

The legislation emerged in 2014, after a shooting spree claimed the lives of six in Isla Vista, Calif., where UCLA is located. While it received support from many, including parents of the victims, critics worried that the bill would allow officials to strip citizens of their guns without good cause, violating their constitutional rights.

Los Angeles County courts issued the most restraining orders in 2016: 15. There were nearly as many in Santa Barbara County, which is much smaller, but where Isla Vista is located. Six were located in the Sacramento region.

“We were and are very aware of the purpose of the law and have worked to abide by it,” Lt. Kevin Huddle of the Santa Barbara County Sheriff’s Office told the Bee.

Huddle’s department was granted eight restraining orders last year, more than any other in California. He speculated that this may be because other departments are less familiar with the law.