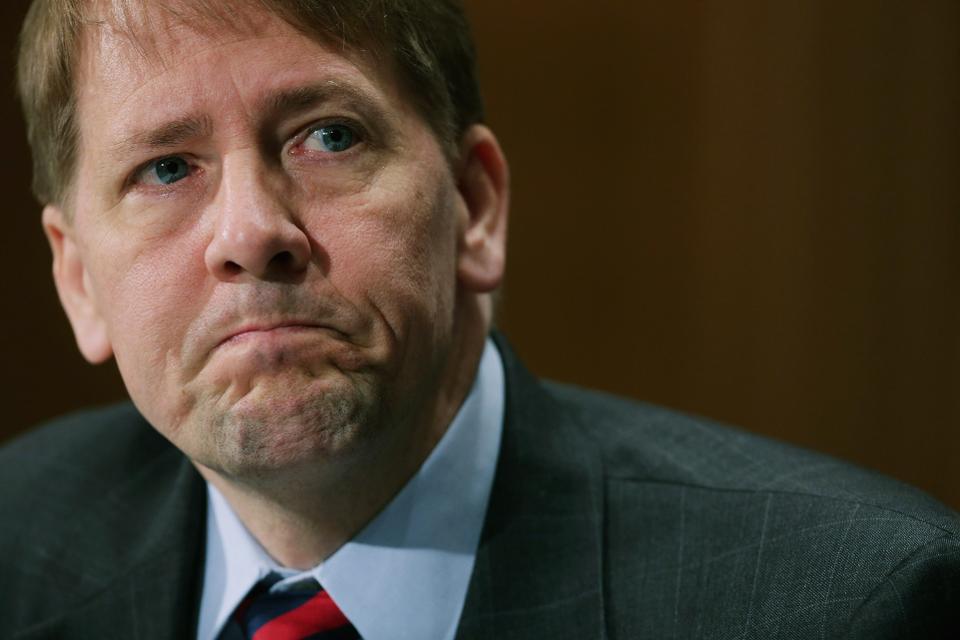 Richard Cordray, the Obama-appointed director of the Consumer Financial Protection Bureau (CFPB), received a message on his government email address with an offer to help with his potential campaign for governor of Ohio, which Cordray then forwarded to a redacted address, an email obtained by the Washington Free Beacon shows.

A government watchdog suggested Cordray’s actions may be a violation of the Hatch Act, which bars federal employees from using government resources for any activities that are politically related.

Speculation first arose about Cordray’s possible candidacy after the Cleveland Plain Dealer published an article on July 19 in which Ohio Supreme Court Justice Bill O’Neill claimed he was told that Cordray, a former Democratic attorney general in the state, would run for governor. O’Neill himself was contemplating a run, but vowed not to enter the race if Cordray were interested in launching a campaign.

In the document obtained by the Free Beacon, an individual calling herself Debbie wrote to Cordray’s government email account on July 21, two days after the Plain Dealer’s article was published, and offered to provide any help she could if the rumors were true.

“Hi Rich. If the following is true, count me in to help in any way,” she writes. “BTW, please send me your personal email when it’s convenient. Very best regards, Debbie.”

Debbie was referring to a portion of the Plain Dealer piece that she had copy and pasted below her offer to aide his potential campaign.

“Former Ohio Attorney General Richard Cordray is going to run for governor of Ohio, Ohio Supreme Court Justice Bill O’Neill said he was told last week by a mutual friend,” the portion posted in the email reads. “O’Neill said the friend, whom he declined to name, ‘openly stated’ that Cordray is going to enter the 2018 Democratic gubernatorial primary.”

It is unclear who “Debbie” is, as her email is redacted in the document. Cordray then forwarded that message to another email address, which is also redacted.

The Consumer Financial Protection Bureau declined to comment on the identity of “Debbie” and to which individual Cordray had forwarded the email.

Kendra Arnold, executive director of the Foundation for Accountability and Civic Trust (FACT), a Washington, D.C.-based watchdog group, viewed the email and said it raises questions over whether the handling of it using his official government email address is a potential violation of the Hatch Act.

“The Hatch Act’s purpose is to keep politics out of the everyday government work,” Arnold told the Free Beacon. “Government employees are generally prohibited from using taxpayer funded resources for political purposes and from running for political office.”

“Simply receiving a partisan email and forwarding it to your own personal account is not a violation of the Act. In this case though, we do not know who Cordray forwarded the email to because of the redaction,” added Arnold. “The fact that the email was about Cordray running for office makes it incumbent on Cordray to explain.”

Arnold said an example of a violation would be if Cordray had forwarded it to someone working on his campaign.

Arnold continued by saying that Cordray needs to say who received the forwarded email given its content dealt with his potential run for office.

“Cordray needs to release who he sent the email to in order to prove he didn’t violate the Hatch Act, especially because the content of the email was about him running for a partisan political office.”

The CFPB on Thursday issued its payday lending rules. It has been speculated that the rule was one of the final issues keeping Cordray at the bureau if he has decided to run for office, the Daily Caller reported.