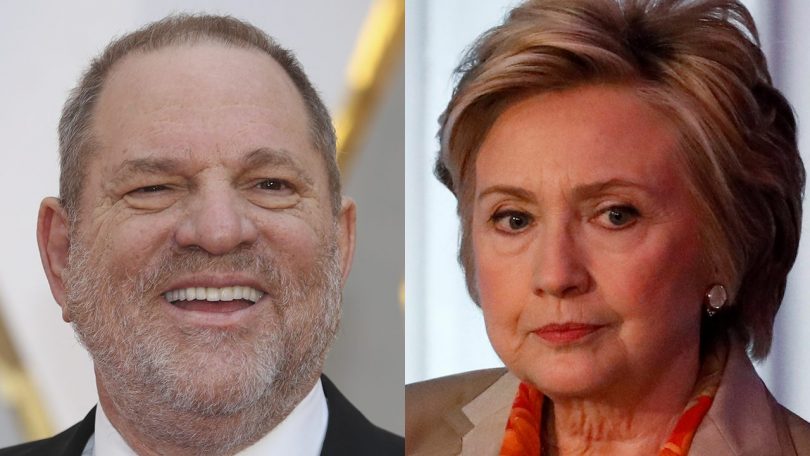 Linda Bloodworth-Thomason, the creator of “Designing Women” and a Clinton confidant who helped write Bill Clinton’s apology to the nation for his sexual misconduct, revealed in an op-ed for The Hollywood Reporter Wednesday that she had warned multiple “top-level Democratic operatives” about Harvey Weinstein’s alleged sexual behavior, but her warnings “fell on deaf ears.” Bloodworth-Thomason’s statement is yet more evidence that more people in the political world knew more about Weinstein’s actions than they’re willing to admit.

“As more and more women have come forward, A-listers who are normally intrepid, social injustice sniffers have scrambled to condemn Weinstein and announce that they had no idea all this was going on,” writes Bloodworth-Thomason. “Some said this despite knowing him for decades, starring in his films and being friends with accusers who starred in his films. OK. Whatever. I, myself, was a member of a ‘Let’s Bring Harvey Weinstein Down’ lunch club, and I don’t even work in features.”

After suggesting that the open secret about Weinstein was indeed been broadly covered up, she admits that “clearly delineated moral choices can still be painfully complex where friendship is involved.” Case in point: her friendship with Bill Clinton, whom she helped write his infamous “sexual misconduct” apology.

“One of the best friends I will ever have and a man I love dearly, former President Bill Clinton, has certainly taxed my feminist conscience, but always without diminishing my affection,” she says. “I even helped write his apology to the nation for his own sexual misconduct, was sitting next to him when he delivered it, and believe to this day it was based on something that was none of our business.”

While some may view it as hypocritical, she says, despite defending Clinton, she has sounded the alarm on Weinstein in the past, specifically to three unnamed “top-level Democratic operatives.”

“And yes, some may call it hypocritical, but I confess to having had no problem warning at least three top-level Democratic operatives against allowing Harvey Weinstein to host political fundraisers,” she writes. “A warning that evidently (and to the glee of Fox News) fell on deaf ears.”

Though it took a few days amid mounting public pressure, Hillary Clinton condemned Harvey Weinstein last week for his alleged chronic sexual harassing and assaulting. Clinton said she was “shocked” and “appalled” by the allegations and assured CNN that she had never looked the other way about Hollywood’s biggest open secret.

“I was just sick. I was shocked. I was appalled,” Clinton told CNN’s Fareed Zakaria last Wednesday. “It was something that was just intolerable in every way. Like so many people who have come forward and spoken out, this was a different side to a person that I and many others had known in the past.”

“People in Democratic politics for many decades appreciated his help and support,” said Clinton. When Zakaria asked if Weinstein had gotten away with his behavior for so long because people had looked the other way, Clinton responded, “Well, I certainly didn’t and I don’t know who did.”

Several reports over the last week have focused on the Clintons’ cozy relationship with Weinstein, including a flashback to a 1998 Washington Post article revealing that Weinstein had donated $10,000 to Bill Clinton’s legal defense fund for the Lewinsky case.