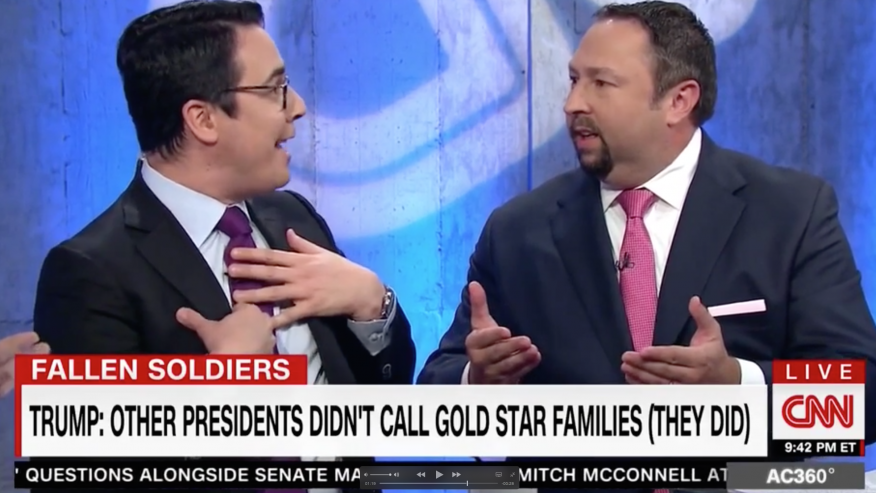 The most effective accusation is the one that prevents a response.

As part of the Left’s continued attack on President Trump, New Yorker writer and CNN contributor Ryan Lizza appeared on Anderson Cooper 360 and made a very blunt accusation against the Commander-in-Chief, claiming he’s only capable of lies.

“People have watched presidencies in the past and have dealt with presidents who have said things that weren’t always true…we have a way of processing that; we understand when things are shaded…but with this president, on a daily basis, he just…makes sh*t up.  He lies.”

Lizza gave no examples of the President’s “daily” lying, but that’s par for the course for the Left.  Their methodology is to attack with accusations, rather than with evidence.  Support for an argument slows down the rapid-fire barrage of slander; the choice strategy for those raging against our President is to simply flood the American arena with allegations, to the point that proving them wrong is impossible due to the sheer volume of charges.  They are at war, and they carpet bomb their enemies with unfounded indictments, to the point that the bombardment itself is a greater weapon than is truth.

“Why is that?  Why is he so different than previous presidents, that…when he gets a question…from a journalist, his immediate thing is just to make something up?  And then when he’s presented with the facts, he says, ‘Oh, somebody told me that,’ and backs down immediately.”

Lizza was manic, while Miller tried to calmly explain:

“When the questions are coming into the President…the answer is basically given in the question–where they want to go, and they put it in such a negative context…”

“Why does he lie so much?” Lizza interrupted.

Lizza continued to frantically interrupt.  The exchange is a good example of discourse across the political aisle.  Ultimately, the Left doesn’t want answers.  They don’t want resolve; they want the sustained tension of disparagement against President Trump.  They want to dominate the conversation in order to fill the air with the fog of unjustified claims–that President Trump is a liar, is evil, is a racist, is incompetent, is a trader, is corrupt–until the voters’ view is so obstructed that the truth can’t be seen.  They’re far too consumed by their political objectives to stop and let the other side speak, as evidenced below: