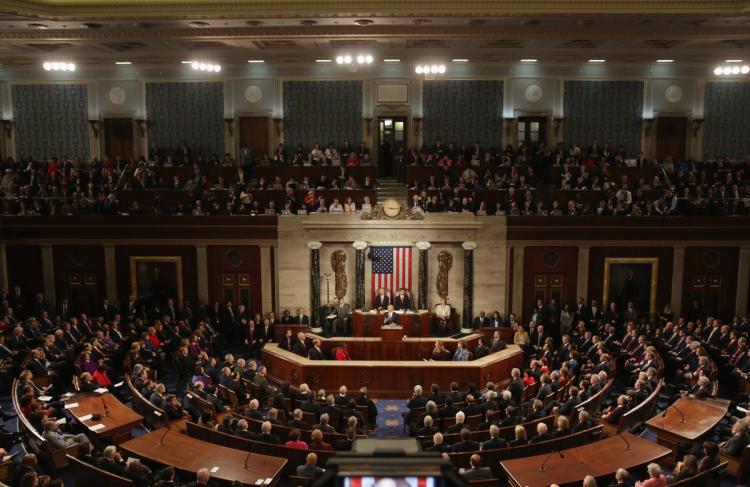 A new congressional measure seeks to cut all U.S. funding for an Islamic charity that has been banned in some countries for providing assistance to Hamas and other terror-tied organizations, including the Muslim Brotherhood, the Washington Free Beacon has learned.

The new measure, which was proposed as an amendment to Congress’s yearly appropriations bill, which sets U.S. expenditures, would ban any taxpayer funds from being provided to Islamic Relief Worldwide, or IRW, a global charitable organization that has been linked to Hamas and the Muslim Brotherhood.

IRW is banned in some Middle Eastern countries for its alleged support of terror organizations, though the United States has continued to provide taxpayer funds to the organization under the Obama administration, sparking outrage among some lawmakers and regional experts.

The move to ban U.S. funding to IRW was authored by Rep. Ron DeSantis (R., Fla.), a member of the House Foreign Affairs Committee, who told the Free Beacon that the U.S. taxpayers should not be giving to any organization tied to terror movements, particularly the Muslim Brotherhood, which continues to support extremist activities.

“U.S. tax dollars cannot go to groups involved in funding terrorism,” DeSantis told the Free Beacon. “Any group tied to Hamas or the Muslim Brotherhood should be ineligible for funding.  It is a slap in the face of the American taxpayer to allow such groups to receive federal funding.”

IRW has been a source of tension for some time. Congressional leaders and terrorism experts expressed shock at the Obama administration in 2015, when the Free Beacon disclosed the U.S. Agency for International Development, or USAID, a taxpayer funded group, had awarded IRW $100,000 in grants.

The Obama administration awarded IRW another $270,000 in 2016 via a grant from the Department of Health and Human Services.

The effort to ban IRW from receiving any further taxpayer funds is part of a larger effort by DeSantis and others to isolate Muslim Brotherhood-tied organizations and other terror groups that have cashed in on American taxpayer funds through a range of questionable third-party organization.

IRW is banned in both the United Arab Emirates and Israel after investigations determined the group has ties to Hamas, the Muslim Brotherhood, and other extremist entities bound up in terror financing schemes, according to multiple reports.

An independent investigation by the Israeli government sparked allegations the charity was providing material support to Hamas and its operatives.

The charity “provides support and assistance to Hamas’s infrastructure,” Israel’s Ministry of Foreign Affairs charged in 2006. “The IRW’s activities in Judea, Samaria, and the Gaza Strip are carried out by social welfare organizations controlled and staffed by Hamas operatives.”

IRW was also cited as a “hub for donations from charities accused of links to al Qaeda and other terror groups,” according to a separate investigation conducted by the Gatestone Institute.

The charity’s “accounts show that it has partnered with a number of organizations linked to terrorism and that some of the charity’s trustees are personally affiliated with extreme Islamist groups that have connections to terror,” according to report, which was authored by terrorism analyst Samuel Westrop.

“Incriminating files were found on Ali’s computer, including documents that attested to the organization’s ties with illegal Hamas funds abroad (in the UK and in Saudi Arabia) and in Nablus,” Israel’s foreign affairs ministry said at the time. “Also found were photographs of swastikas superimposed on IDF symbols, of senior Nazi German officials, of Osama Bin Laden, and Abu Musab al-Zarqawi, as well as many photographs of Hamas military activities.”