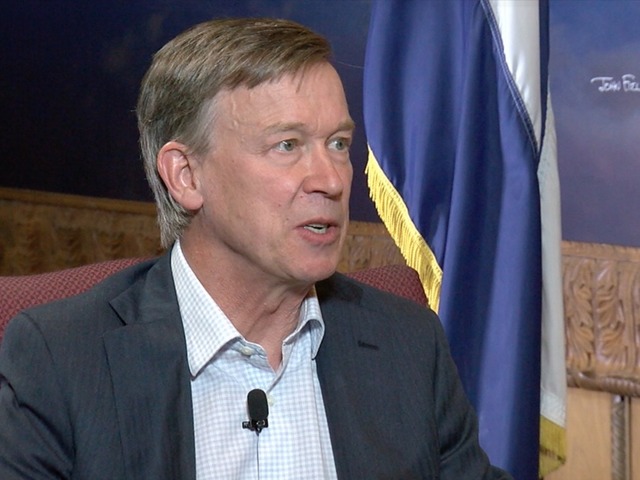 Democratic governor John Hickenlooper of Colorado says Americans have a right to be angry with Obamacare, citing problems in his state with increasing premiums and insurers who are fleeing the market.

At a Senate Committee on Health, Education, Labor, and Pensions hearing Thursday, the governor said that while the law has been a success for some, the increase in premiums and declining participation of insurers is unacceptable.

“In Colorado, we have implemented the Affordable Care Act for seven years—as long as I’ve been governor,” Hickenlooper said. “For many Coloradans, it has been a success. With bipartisan support, we expanded Medicaid and created a state-based marketplace, known as Connect for Health Colorado. Around 600,000 Coloradans now have care because of the ACA.”

“But many people are angry, and have a right to be,” he said. “We need to move toward a system that compensates quality, not quantity.”

Hickenlooper says there are 14 counties in Colorado with only one option on the Obamacare exchanges.

“For the 400,000 Coloradans in the individual marketplace, many continue to struggle,” he said. “It is also home to some of the highest premiums in the country: A 60-year-old in rural Craig, Colorado, making less than $50,000 will pay over $12,000 per year on premiums alone—around 25 percent of income.”

“That is simply unacceptable,” he said.

“Funding the CSRs for 2018 only will put us right back where we are now in a matter of months,” Hickenlooper said. “It will foster uncertainty surrounding these payments, threatening to drive up premiums and force insurers out of the market.”

The governor also suggested reforms such as creating a stability fund to set up a reinsurance program, state waivers, and tax incentives.

“We’re also requesting tax incentives for insurance companies to enter counties with only one insurer on the exchange, while giving Americans who live in these counties the option to buy the same insurance that federal workers have,” the governor said. “Section 1332 of the ACA gives states the ability to innovate to lower costs while ensuring that certain basic guidelines are met.”

“But existing regulations limit our ability to come up with creative solutions,” he said. “That’s why we’re asking for a streamlined waiver submission and approval process, and additional flexibility in applying the budget neutrality provisions of this section.”