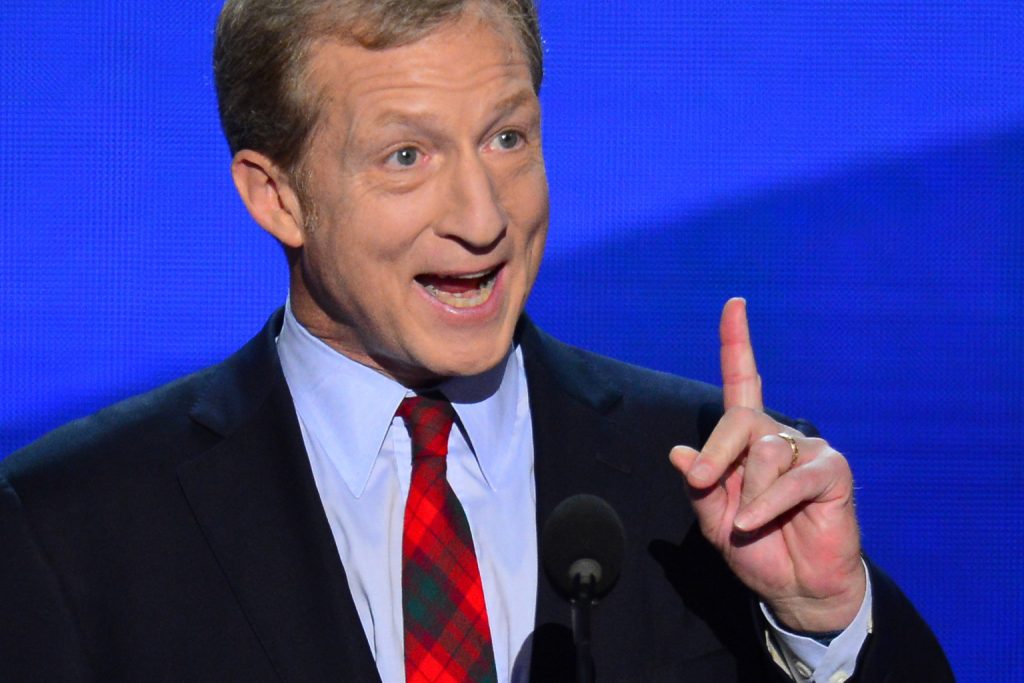 Tom Steyer, Democratic mega-donor and environmentalist, has demanded Democratic lawmakers and candidates pledge to to push for the impeachment of President Donald Trump if they take control of Congress next year.

Steyer, a California investor and multi-billionaire who donated more than $91 million to Democratic campaigns during the 2016 cycle, issued a letter to Democrats on Wednesday demanding a pledge to push for Trump’s impeachment, the New York Times reported.

In his message, Mr. Steyer described Mr. Trump as a “clear and present danger to the republic” and called on Democrats to pledge that they would seek to remove him from office if they take control of Congress next year.

Mr. Steyer — who is considering a run for Senate, perhaps against Senator Dianne Feinstein, a fellow Democrat — cited a range of acts by Mr. Trump to justify impeachment, including the president’s “relationship with Vladimir Putin and Russia,” allegations that Mr. Trump has used the presidency to “promote his own business interests” and his “seeming determination to go to war.”

And he pointed to mounting expressions of concern on the right, including the warning by Senator Bob Corker, Republican of Tennessee, that Mr. Trump was at risk of fomenting a world war, and reports that Secretary of State Rex W. Tillerson described Mr. Trump as a “moron.” Democrats, Mr. Steyer said, should be no less confrontational.

Steyer said his call for Trump’s impeachment is not just about his “Twitter screeds,” but because of his concerns over Trump’s “control over our nuclear arsenal.” He went on to say that he hopes Democratic lawmakers and candidates will make their positions clear. That way, he said, voters will know “their elected representatives have the patriotism and political courage to stand up and take action.”

Steyer’s letter was sent to Democratic congressional offices and the party’s House and Senate campaign committees. His aide also provided the Times with a copy of the letter, an action the paper described as being part of the effort by the left “to make impeachment a mainstream political consideration.”

Since Republicans control the House and Senate, it has remained unlikely that Trump would be impeached anytime soon, and the uncertainty remains even in the event Democrats were to take control of both houses in 2018. While some Democrats like Rep. Maxine Waters (Calif.) and Rep. Al Green (Texas) have called for Trump’s impeachment,  House Minority Leader Nancy Pelosi (D., Calif.) has been reluctant to broach talk of impeaching Trump.

Some party strategists have been concerned about Democratic lawmakers putting impeachment on the 2018 ballot because it could backfire in states where Democratic senators are seeking reelection and where Trump won in 2016. Yet, Steyer’s call to Democrats might not be easily brushed aside, according to the Times.

But Mr. Steyer, 60, may not be an easy figure for Democrats to ignore: He was the single biggest liberal donor in the last two federal elections, making climate change his signature issue and insisting that Democrats support action to curb carbon emissions. Mr. Steyer repeatedly denounced Mr. Trump’s environmental record in his letter.

More recently, Mr. Steyer has been weighing a 2018 campaign in California. His letter may be a signal that he is serious about taking on Ms. Feinstein, a long-tenured moderate, in a primary election next year. Ms. Feinstein, 84, announced this week that she will seek another term, stirring talk of a challenge on the left.