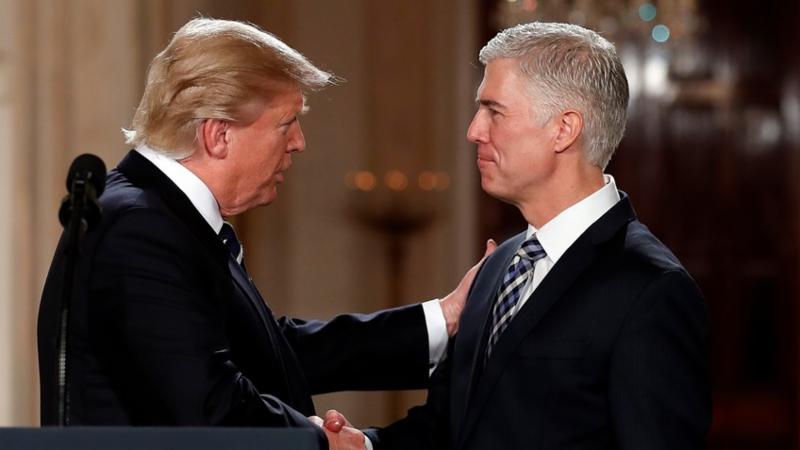 Democrats are depressed after the first Supreme Court decisions featuring newly-installed Justice Neil Gorsuch were released this week confirmed that he is every bit as conservative as Republicans had hoped at his nomination.

Sen. Dianne Feinstein (D-CA), the ranking Democrats on the Senate Judiciary Committee, told Politico: “We’ve got another Scalia.” She was referring to the late Justice Antonin Scalia, a hero to conservatives and a leading light of the originalist school of jurisprudence, who passed away last year and whose seat Gorsuch has just filled.

Feinstein told POLITICO she’d looked at Gorsuch’s early rulings and saw no sign of moderation from conservative orthodoxy. “Right down the line. Everything — everything,” she said. “I’m surprised that it’s so comprehensive.”

Sen. Richard Blumenthal of Connecticut — a former Supreme Court clerk — said Gorsuch’s early record on the court is in tension with the humble and evenhanded approach he touted during his confirmation hearings in March.

“In a way, I’m surprised that he hasn’t demonstrated more independence. I am surprised because in his demeanor and his tone he really made a huge effort to show his openness — which some of us thought might be more an act than it was a real persona,” Blumenthal said, before adding: “So far, I have to say, I’m disappointed.”

“On the travel ban, I think he’s fulfilling the worst expectations so far of his opponents and probably the best hopes of his supporters,” Blumenthal said.

Meanwhile, according to Politico, Republicans were exultant, with Sen. Mike Lee (R-UT) calling Gorsuch “awesome,” and Sen. Ted Cruz (R-TX) declaring Gorsuch was “exactly what we hoped for and expected.”

In general, the pattern is otherwise: judges with conservative track records frequently become more liberal after being nominated, thanks to pressure from the media, the liberal legal fraternity, and their colleagues on the bench.