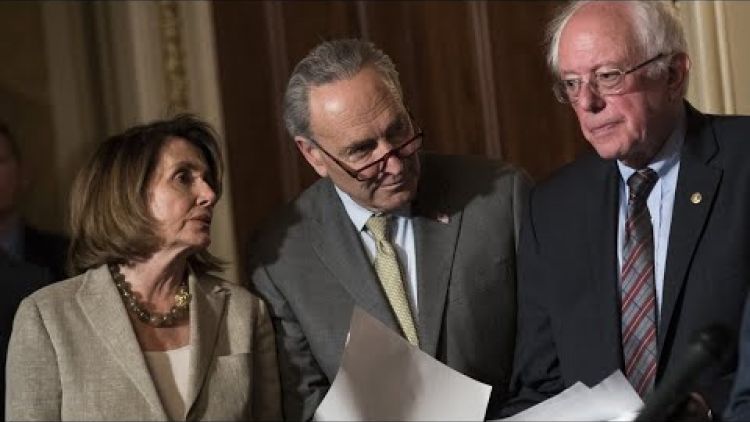 Yeah, we’re a republic, but we also have democratic rules, norms, and traditions. Too bad the Democratic Party doesn’t believe in them.

Case in point – their bizarre embrace of illegal aliens. Democrats seem to think that foreigners who violate our laws have a greater right to determine what will be America’s laws than actual Americans. After all, that’s their argument when they whine because some illegal is getting shipped back to his Third World hellhole-of-origin. They seem to think that just because some uninvited, unwanted, unlegal trespasser (we’re not supposed to call them “illegal,” right?) has been violating our laws for an exceptionally long period of time makes his offense less offensive. Huh? That’s like saying getting slugged in the gut once is a no-no, but being pounded in the pancreas a couple dozen times is cool.

We citizens expressed what we wanted through our representatives – remember that “I’m Just a Bill” cartoon? We didn’t want people we didn’t invite in to be in. But apparently what we want – and what our elected representatives enacted into law and the president signed – doesn’t count because the people who blew off our laws, who disrespected us and our country by sneaking in, want something else. And the Democrats side with them against Americans.

Nice. They should be open about it and run on it. Let me help with a slogan for 2018: “The Democrats: What you want doesn’t matter. What the guy who snuck in here from Guatemala wants does.”

Anyone wondering why the congressional numbers for the Democrats out in the red states aren’t rising? Sure, they are pumping up urban polls from 60 percent to 80 percent, but outside the dysfunctional blue cities, no dice. There’s no wave coming. And no money either for the Dems; not so for the GOP, which is raking it in despite its legislative version of an inability to perform man-wise.

Maybe the Democrats’ utter contempt for the idea that normal Americans have a right to participate in their own governance has something to do with it. It’s clear the Democrats don’t like our laws on immigration, but they are our laws. These are laws made under our Constitution, through the people we elected. If you don’t like them, the remedy is to convince enough representatives to change them. But that’s hard and inconvenient. So the Democrats’ answer is just to ignore the laws – and us.

Why not? After all, we are deplorable. Regular hard-working, religious, patriotic people whose No. 1 focus is not ensuring men pretending to be women can lurk in teen girls’ locker rooms should have no say, the Democrats tell us. No, the people who built this country, defended it, and make it run are its biggest problem.

The Democrats really ought to change their name. Right now, it’s false advertising. How about the Dictatorcrats? After all, that’s what they want to do – dictate to us. When they can’t get the votes to change the law, they just change it anyway by not enforcing it. And that’s bad.

See, what makes the constitutional system work is that the losing side accepts the loss and complies with the duly enacted law. But if one side chooses not to honor this principle, then that side can’t ever lose. That’s a problem. The designated perpetual loser is eventually going to get woke, and then you end up with a President Trump and (I so hope) a Senator Kid Rock.

Democrats, how is that working out for you? You were all excited about pens and phones, but hey – look who’s dialing and scribbling now.

I warned you that you’d hate the new rules.

See, Americans are fussy about that whole democracy thing – again, I know we’re a republic as opposed to a People’s Republic, but you know what I mean. We are not going to tolerate being disenfranchised. So much of everything that’s gone wrong for the liberals lately has been because they simply ignore the desires of a large bunch of citizens in order to impose their will. And there are consequences.

But the liberals don’t see anything wrong with that. They do think you’re stupid, and that you should shut up and let them tell you what to do. This arrogance is a result of the false premise underpinning America’s elite class. That false premise is that the prestigious educational credentials that confer elite status also confer competence. Nope.

Basically, 17-year-olds apply and get accepted to the right college and this itself is a sufficient achievement to enroll them in the elite. They don’t have to actually do anything once they are accepted because no one fails to graduate from the Harvards or Yales unless he chooses to drop out, or unless he’s a male who gets jammed up by a kangaroo court because he broke up with some bitter chick who then carries a mattress around because of patriarchy or something. So basically, you get into the Ivy League and then you start school at 18 and then you’re set. You’re part of the elite, and everyone else should bow down and acknowledge your awesomeness.

These people imagine they attained their lofty positions as a result of their successful performance within a strict meritocracy, and that their cultural power is not just the result of their efforts but of their innate moral goodness. But here’s the thing about America’s meritocracy – is it really so much for us to expect that those occupying the heights of the meritocracy start showing some merit?

We keep hearing from them about how society is such a mess, that we are besieged by problems, and that our society is a disaster. Of course, the solution is always to shift more and more power and money from the normals to the elite. But this raises a question the elite never seems to ask: Who the hell has been in charge while all these crises were percolating?

I know who it wasn’t. It wasn’t the truck drivers or the air-conditioner installers or the guys working in the factory whose jobs got shipped to Oaxaca who have been making all these decisions. Those guys from the red states who went off to Falluja and Kandahar didn’t invent the policies that had us fighting for nearly two decades without victory in sight. They just did the bleeding and dying while their puny betters wrote unread articles in Foreign Policy and moved them around like pieces on a chessboard.

Regular Americans didn’t give us Obamacare. They didn’t give us Wall Street’s pillaging of the middle class – we all have to give the money guys our retirement savings to play with because they made sure interest rates were a big .1 percent and it’s our only option if we don’t want to spend our golden years dining on Alpo.

Scratch that. You had your chance, and you failed. Yeah, legal immigration might get you gated community dwellers cheaper nannies and gardeners, but its regular people who get murdered by MS-13, whose daughters get raped by the dozen-times deported scumbag the sanctuary city sheriff set free, and whose children get run over by drunks who shouldn’t even be in this country. It’s the regular people who have to pay for the welfare these people take – and don’t tell me they don’t get government benefits. Even you elitists can’t really think we’re that stupid.

This is about whether all American citizens have an equal say in their own governance. That can only be true when we enforce the law. You either abide by the law, or there is no law. And if there is no law, then there’s only power. Since you elitists probably never stooped to serving in the military, and since you almost certainly are neither armed nor proficient in weapons like we are, which makes us extremely dangerous to aspiring oppressors, you may want to rethink the whole “rule of power” thing.

But of course you won’t – instead, you’re doubling down by trying to nullify the results of the election because you don’t like the fact that you’ve been rejected and that you’re out of power. Except we’re not going to simply shrug and go back to letting you dictate how we live.

Donald Trump is a warning. Trump is the best case scenario. If you somehow depose him via your smarmy shenanigans, what comes along next is really going to upset you. You need to understand something.