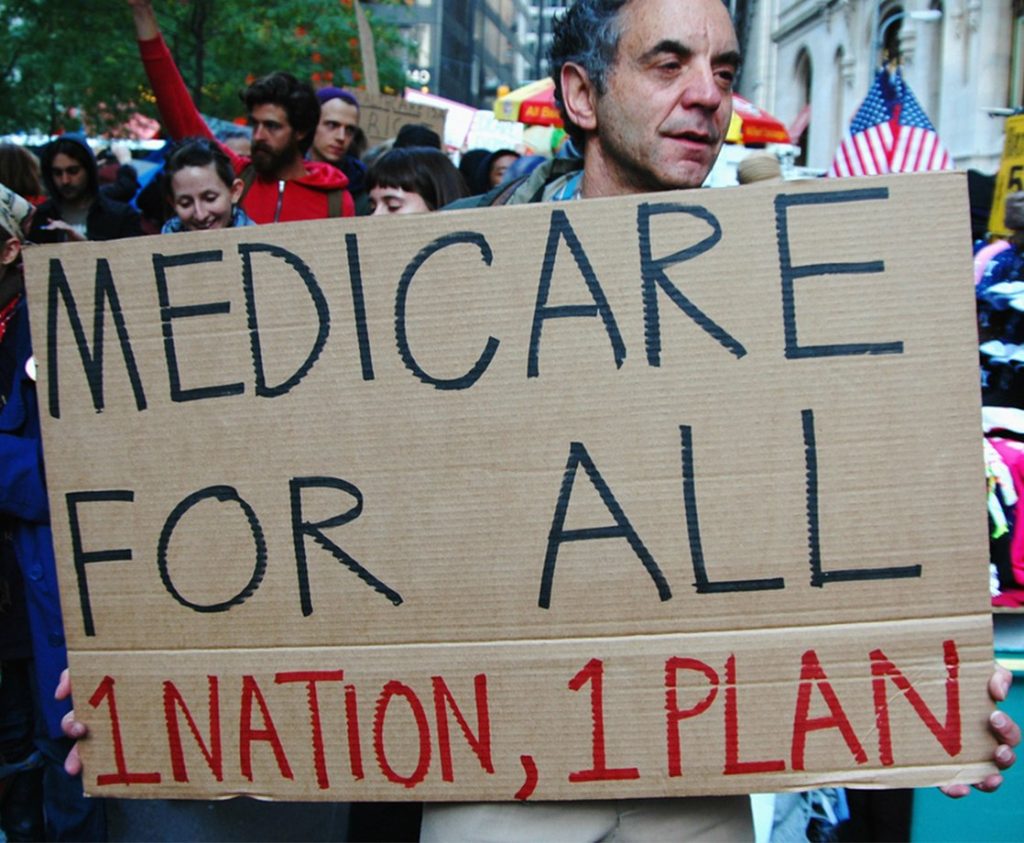 The Democratic Party has come out of the closet this year in full-throated support of single payer in health care. Those of us who are health care policy wonks have known this was their intent all along, but they were previously smart enough not to admit it.

While the news media has been preoccupied by Republicans’ failure to get rid of Obamacare, not to mention the president’s tweets about “Little Rocket Man,” Sen. Jeff Flake, and Sen. Bob Corker, Sen. Bernie Sanders has taken over the Democratic Party. Sen. Elizabeth Warren has helped to lead the stampede toward the single payer approach to health care.

Democrats’ move to the radical left arrives just in time to hopefully save Republicans from their own incompetence. Republicans worried about their remarkable failure to repeal Obamacare should find some small consolation in the fact that progressives have won the war in the Democratic Party, forcing them to adopt a single-payer approach that they oddly view as an essential component of their strategy to win the midterm elections.

Yet being the second-most-incompetent party on health care is hardly a rousing rallying cry for the Republican Party: “Vote for us. We are admittedly impotent, but at least not crazy.” Has a nice ring to it.

Why Medicare for All Is a Fool’s Pursuit

There is certainly a simple elegance to the “Medicare for all” legislation more than 100 members of the House Democrat conference support, along with its promise of universal coverage, greater efficiencies, and making America more like other developed countries. The problem, as noted even in the liberal publications The Atlantic and The Nation a few months back, is in the details. Only the Left would look at Obamacare’s tremendous failures and conclude the problem was not enough taxes, new government spending, and people forced off insurance plans they like.

First, Medicare is not currently sustainable. Adding more beneficiaries makes the problem worse, not better. The Part A trust fund, which pays for hospital care, is projected to be insolvent by 2029. The nonpartisan Congressional Budget Office and the liberal Urban Institute have both concluded that Medicare beneficiaries earning an average wage receive more in lifetime benefits than they paid in Medicare taxes. Further, entitlement spending is already projected to grow faster than the rest of the economy and the federal budget, crowding out other spending. Massive federal tax increases would be the inevitable result.

Second, tens of millions of Americans would be forced off the plans they currently like. Almost 160 million Americans are in employer-provided coverage, fewer than 30 million are uninsured, and about 10 million participate in the Obamacare exchanges. Even within Medicare, almost 20 million beneficiaries have chosen a Medicare Advantage plan, and the number choosing to get their health care via a private insurer is growing. Let Democrats try to take away this popular benefit and explain why so many should have to give up so much to accomplish so little, as opposed to a more targeted approach that helps those in need without punishing those happy with their current coverage.

Third, government-run health care leads to longer lines, less care, and politicized decision-making. Physicians and hospitals currently accept lower Medicare and Medicaid rates by shifting costs to higher-paying private customers. A sudden and dramatic reduction in rates would very likely cause dramatic closures, bankruptcies, layoffs, and a severe recession. Even more troubling is the impact an expanded administered pricing system would have on health outcomes and quality.

Almost 20 years ago, the head of the Mayo Clinic shared with the National Bipartisan Commission on the Future of Medicare the harmful impact of tens of thousands of pages of federal regulations. Len Nichols, a Democrat economist, noted the difficulty and unintended consequences of government trying to set 10,000 prices in more than 3,000 counties. Americans rightfully prefer to work with their local physicians to make their own decisions, rather than having to rely on some distant bureaucrat. It is ironic progressives are asking young voters raised on individual choice and customization to trust politicians, influenced by special interest donations and corporate lobbying, to make our health-care decisions.

‘Low Spending’ Is a Consequence of Rationing

Fourth, allowing government to take over almost a fifth of the economy will not magically reduce spending. The allure of a single payer system is understandable, but false. Put aside whether America should be trying to reduce freedom and innovation to become more like Europe, or whether they should be cutting taxes and regulations to mimic our relative growth and vitality. Many supposedly single-payer systems already involve a significant role for private insurance and patient spending.

As noted in both The Atlantic and The Nation, single-payer systems have not simply caused lower spending. They were established decades ago, when health-care spending was already low, and have been maintained through aggressive government controls, including rationing. Don’t expect the Democrat platform to discuss these details.

Republicans should not allow the Democrats’ follies to become an excuse for complacency and ineptness. There is a need to provide targeted help to the truly needy, while tempering the growth of health spending, and it should be done through conservative policies built around empowering patients and encouraging competition. But there is an old saying in Washington that you cannot beat something with nothing, and the Republican bills offered so far are not far from nothing.

Republicans have spent seven years telling the country they oppose Obamacare without really telling us what they support. When finally given a chance to do more than just give speeches, Republicans cobbled together an incoherent mess that failed to live up to our principles or attract the support necessary to become law. Sensing Republican ineptness, the Democrats are going in for the “kill” as they steadily advance America toward a single-payer system. Unfortunately, the thing they will “kill” in this case is the best health-care system the world has ever known.

It is wrong to say that Republicans have accomplished nothing in the health care arena this year. Think of it this way: President Obama spent eight years trying desperately to make Obamacare popular, but he failed. However, Republican bumbling in Congress has accomplished what Obama was unable to do: make Obamacare popular, at least in comparison. So we have that going for us.

Here’s an idea: let’s be honest for a change. Obamacare is a massive expansion of the welfare state. It has driven costs through the roof and is bankrupting the country. No more sugar-coating. Obamacare equals welfare. When Democrats say government has to pay for everyone’s health care, and that our plan would not do that, we should say, “Yep, you are for the welfare state. We are not.”

By endorsing single payer, Democrats are being honest about their desire for socialism and the welfare state. The Republican Party should be honest too, and say clearly that we favor capitalism and welfare reform.