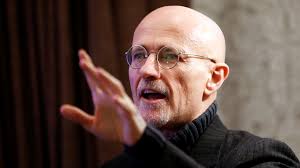 The guillotine may be coming back with a vengeance.

Why, you may ask? Here’s why: On Friday, an Italian doctor announced he will perform the first head transplant.

Speaking in Vienna, Sergio Canavero said he will perform the 24-hour surgery in China because the United States and Europe will not allow him to do the procedure. He said sadly, “The Americans did not understand.” He told USA Today, “No American medical institute or center would pursue this, and there is no will by the U.S. government to support it.”

And why not? It’s only a matter of simultaneously severing the spinal cords of the donor and recipient, then placing the recipient’s brain in a cooling device to reach a state of deep hypothermia to prevent its immediate death before it is attached to the body.

Canavero, who predicted in 2015 that he would perform a successful head transplant in two years, said the Chinese government is eager to support him so it can prove it leads the world in science and medicine, adding, “Chinese President Xi Jinping wants to restore China to greatness. He wants to make it the sole superpower in the world. I believe he is doing it.”

In 2015, Richard Borgens, director of the Center for Paralysis Research at Purdue University, scoffed, “There is no evidence that the connectivity of cord and brain would lead to useful sentient or motor function following head transplantation.”

The donor will be the healthy body of a brain-dead patient matched for build with a recipient’s disease-free head. The recipient and donor will be in a sitting position to facilitate what’s expected to be more than about 24 hours of laborious work to separate and then reconnect vertebral bones, jugular veins, the trachea, esophagus and other neck structures. Machines will help the recipient breathe, pumping blood through the body. The patient will be kept in a drug-induced coma for an unspecified recovery time.

Michael Sarr, a former surgeon at the Mayo Clinic in Rochester, Minn., and the editor of the journal Surgery, explained that doctors “have always been taught that when you cut a nerve, the ‘downstream side,’ the part that takes a signal and conducts it to somewhere else, dies. The ‘upstream side,’ the part that generates the signal, dies back a little — a millimeter or two — and eventually regrows. As long as that ‘downstream’ channel is still there, it can regrow through that channel, but only for a length of about a foot …What Canavero will do differently is bathe the ends of the nerves in a solution that stabilizes the membranes and put them back together. The nerves will be fused, but won’t regrow. And he will do this not in the peripheral nerves such as you find in the arm, but in the spinal cord, where there’s multiple types of nerve channels.”

In 2016, Valery Spiridonov, a 31-year-old computer scientist living in a wheelchair due to a muscular-degenerative condition, said Canavero would detach his head from his body and attach it to a healthy body. He said the procedure would occur in the United States.