The Department of Justice unsealed an arrest warrant Friday for Jose Garcia Zarate for a supervised release violation.

The U.S. District Court for the Western District of Texas unsealed the warrant after a San Francisco jury handed down a not guilty verdict to Zarate in the murder trial of Kate Steinle.

The decision came as a shock to many.

Zarate is an illegal immigrant and convicted felon who had been deported five times. In 2015, Zarate was released by the San Fransisco county jail, even though federal agents asked for him to be detained and eventually deported.

Immigration and Customs Enforcement Deputy Director Tom Homan said in a statement Thursday that he would be deported for a sixth time.

According to DOJ officials:

There is an existing federal detainer that requires this defendant to be remanded into the custody of US Marshals Service to be transported to the Western District of Texas pursuant to the arrest warrant. 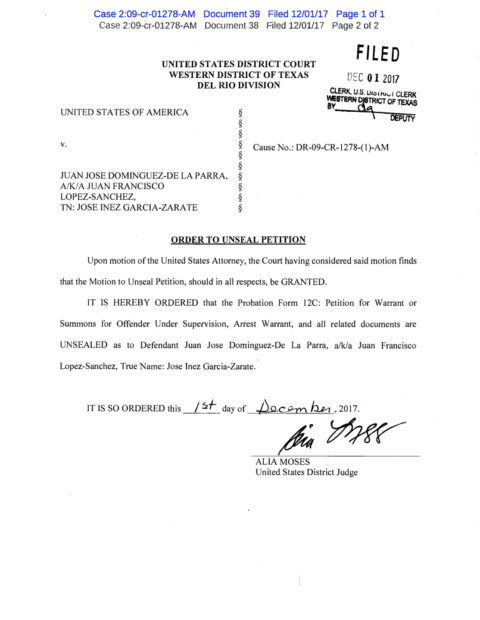 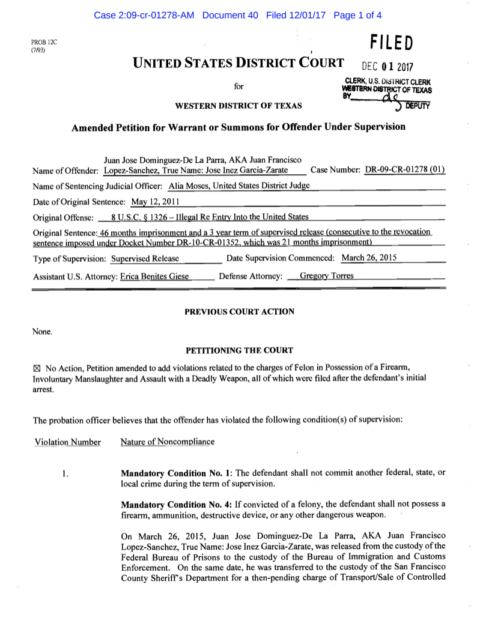 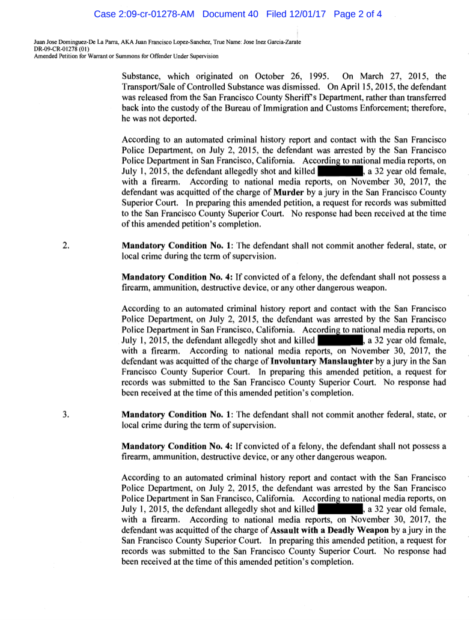 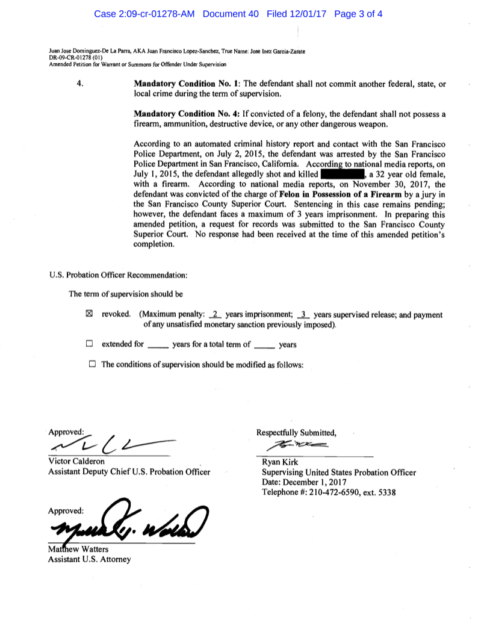 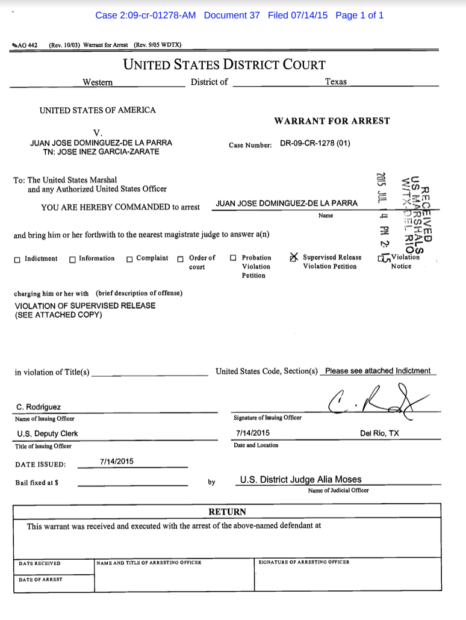