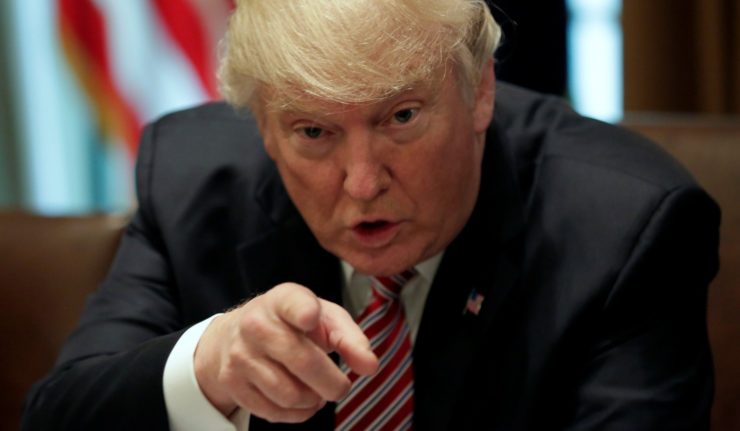 President Donald Trump again criticized Attorney General Jeff Sessions on Tuesday, after he recused himself from the ongoing Russia investigation.

“So where is the investigation A.G.” Trump wrote on Twitter after noting reports that Democrats worked with Ukrainians to help sabotage his presidential campaign.

The president also questioned Sessions failure to investigate Clinton’s ties to Russia, in a Twitter message on Monday.

“Why aren’t the Committees and investigators, and of course our beleaguered A.G., looking into Crooked Hillarys crimes & Russia relations?” he asked.

Trump and his team are discussing the option of replacing Sessions and ending Special Counsel Robert Mueller’s investigation, according to the Washington Post and the Associated Press.

The president’s decision to undermine Sessions suggests that he wants the attorney general to resign. His attacks against his attorney general, one of Trump’s earliest and most influential supporters, has worried prominent conservatives.

“[I]t’s also kind of, you know, a little bit discomforting, unseemly for Trump to go after such a loyal supporter this way,” talk radio host Rush Limbaugh said on Monday. “Especially when Sessions made it obvious he’s not gonna resign.”

Speaking to reporters, White House director of communications admitted that it was likely that Trump wanted Sessions to resign.

“They need to either get together or separate,” he said.