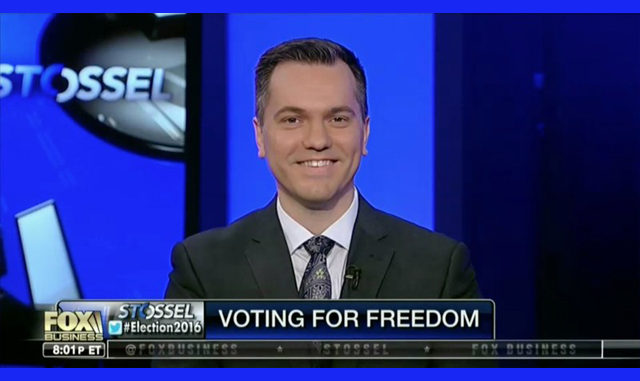 A former Libertarian presidential candidate and current Republican Senate candidate aligned himself with most of President Donald J. Trump’s policy decisions in an interview Wednesday with Big League Politics at the Student Action Summit in West Palm Beach, Florida.

Several students at the SAS Summit agreed with Petersen’s assessment of Trump’s performance as president.

“I think the tax cuts were a huge deal,” said Cameron E. Wallace, a college student from Washington.

Caleb D. Tolin, a student from North Carolina, said he was convinced Trump’s massive cut of business regulations has been beneficial to the economy.

Petersen debated about marijuana legalization at the Student Action Summit, a Turning Point USA conference which has an attendance of 3,000 college students from across the world this year.

What an incredible debate over the legalization of marijuana at #SAS2017 ! One of the most remarkable debates I have ever seen! @AP4Liberty is so important to the future of the liberty movement. Thank you, Austin, for taking the time to talk to me today! pic.twitter.com/3kzGagLcvO

Petersen said when the president does something different than candidate Trump promised, like calling for an increased troop surge in Afghanistan, that is where the Senate hopeful breaks with Trump.