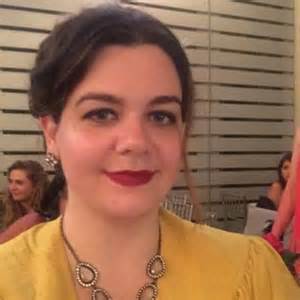 The left is constantly accusing conservatives of being fascist, racist, and sexist, and yet they are the ones who want groups of people rounded up and exterminated. I found this liberal lunatic who is advocating for all men and white people to be wiped from the face of the Earth to give women of color a better chance at success. Just to be clear, wanting to kill all the white people is racist and wanting to kill all of the men is sexist. Also, for the benefit of clarity, killing everyone of a particular race is genocide and something practiced by fascists.

Jean Bentley describes herself as a “millennial media member” and lists her appearances on a variety of entertainment shows. Let’s assume she is some kind of Hollywood writer or commentator. Let’s also assume she is an admirer of Adolf Hitler considering this tweet she sent out (has since been deleted):

ban all men, replace them all with women of color. men/white people, u had your millenia and u fucked it up, bye

“ban all men, replace them all with women of color. men/white people, u had your millenia and u fucked it up, bye,” wrote Bentley.

I should mention that Bentley is herself white, so on top of everything else, she’s an idiot.

Okay, she wants to ban men and white people and have them replaced by women of color, but what does that really mean? It’s not like she said men and white people should be banned and replaced in certain industries or government, just that they need to be gone. I don’t think it’s a stretch to say she wants these groups banned from the planet. To be eliminated. It’s the only way her dream of a world exclusively filled with women of color could happen. And again, as a white person, she would be one those to be exterminated.

This is not something that is ever going to happen, but amazingly enough there’s plenty more stupid to unpack here. She’s indicating that white people and men are currently in charge of this world and at the same time saying they f*cked up. How did they f*ck up if they built modern society and run everything? That sounds like a roaring success to me.

There’s also some typical unintentional liberal racism at work here. Bentley is saying in no uncertain terms that women of color cannot succeed without massive intervention, in this case the total extermination of the white race, plus all men. Oh, and let’s not forget that most men on the planet are not white, so she’s also saying that all black, Asian, and Hispanic men need to be killed. Yeah, there’s nothing racist about that at all, is there?

Finally we run into a basic biology problem that if all men are killed, women will lack the ability to reproduce. It’s unlikely that the men are going to volunteer semen samples before extermination, so this would eventually lead to the extinction of all humans. Maybe because she is a liberal, Bentley thinks some of the women can identify as men to keep the species going, but that’s not how shit works.

Black Lives Matter, liberal professors, and even EMTs would like it if all white people were killed. Nancy Sinatra wants every member of the NRA lined up and shot to death. Now we have this liberal nut saying both white people and men should be exterminated. Face it, liberals are the fascists. You’ve never heard a conservative say an entire group of people should be eliminated, especially over some silly social issues. Liberals want anyone they disagree with dead. Liberals want complete control over people’s behavior. That’s fascism.