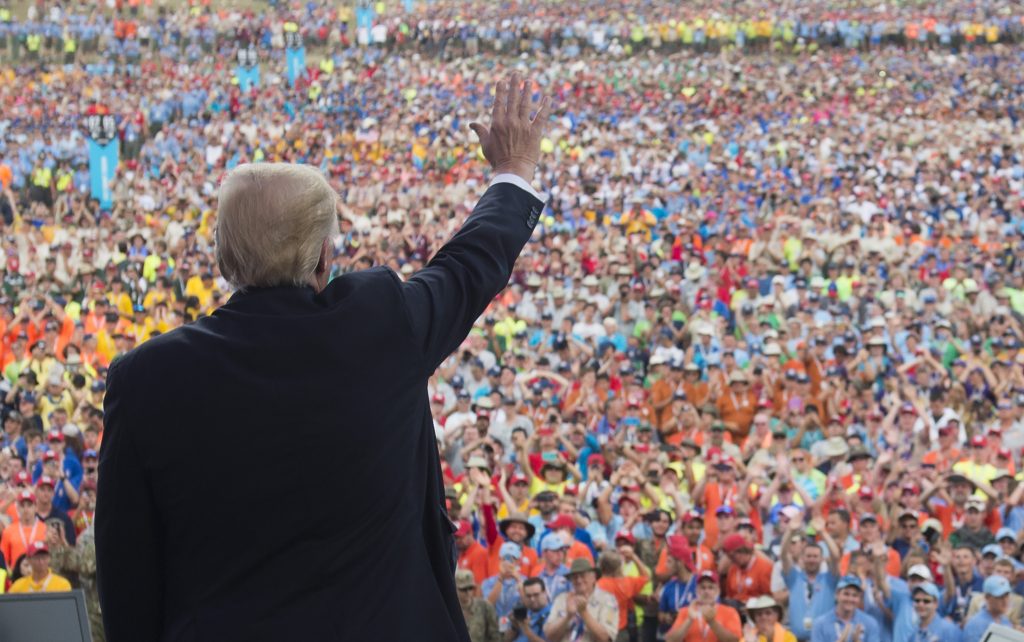 On July 24, President Donald Trump addressed the Boy Scouts of America National Jamboree in Glen Jean, West Virginia. It was not really all that remarkable, though there was a lot of Make America Great Again love in the crowd. Maybe that’s why the Left thought this event was a Hitler Youth rally. No, I’m not kidding. While normal people saw a presidential address at the jamboree, progressives saw Hitler. There were also some other things as well. The liberal media didn’t like that Trump called D.C. a cesspool, joked that Health and Human Services Secretary Tom Price would be fired if heath care failed to pass, the remarks about the crowd size, the criticism of Hillary Clinton, and his 2016 win. Yes, the speech was political, which is why the Boy Scouts had to provide some distance from the remarks for tax purposes, but is this really akin to Nazism?

Say what you will about the appropriateness of the some aspects of the speech; that fine. I may not agree, and Boy Scouts issuing a statement to protect their non-profit status is standard protocol when something becomes too political, but to suggest that this was a Hitler Youth rally, or anything connected to National Socialism, is just insane. It’s not grounded in fact. It’s not grounded in reality. It’s the sad, pathetic tantrum of urban-based progressives who simply cannot believe that someone as awful as Hillary Clinton couldn’t win a presidential election. And she never will. This wasn’t anything related to Nazism. Just stop it.

Trump, for example, calls the media "FAKE NEWS," Hitler/Nazis called it the "lügenpresse" (lying press). How is that different?

Trump has officially succeeded in making the Boy Scouts feel a bit like the Hitler Youth, which was made mandatory by the Nazis in 1936. https://t.co/9HhnQpzkA2

Tragically, #boyscouts in 2017 applaud Trump just like the all blonde blue eyed youth did for Hitler in the 30's.