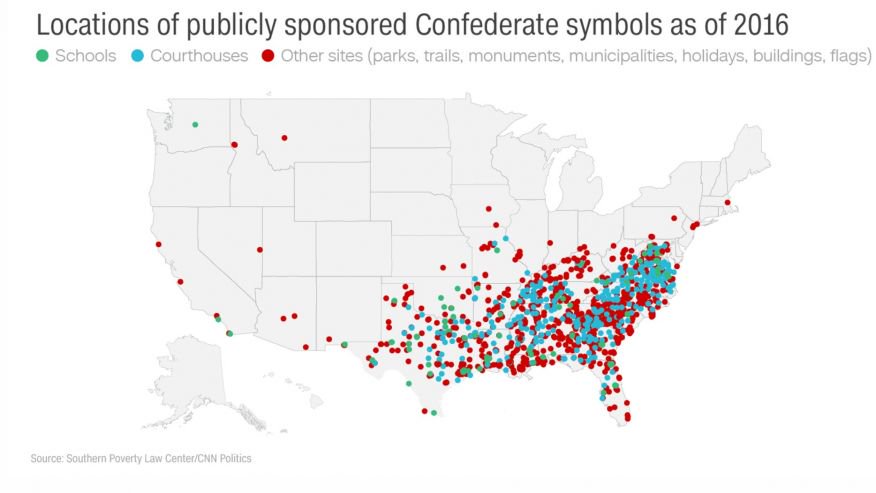 CNN posted a map on August 17 showing the location of approximately 1,500 Confederate monuments and/or official symbols in the U.S.

The map will, no-doubt, serve as a hit-list for the frenzied Workers World Party members and others seeking the removal and destruction of Confederate statues in city after city across America.

The outlet embedded a Southern Poverty Law Center/CNN map of the U.S. in the article–a map complete with green, blue, and red dots to signify the locations of the Confederate symbols. The green dots show schools with Confederate namesakes, the blue dots show courthouses that have Confederate monuments/statues, and the red dots show “parks, trails, monuments, municipalities, holidays, buildings, flags” that are maintained.

CNN then lists states that are heavy with Confederate symbols, citing Virginia as “the state with the most Confederate symbols [at] 223.” It adds that “Texas, Georgia, North Carolina, Mississippi, South Carolina and Alabama each have more than 100 Confederate symbols each.” The same activists President Trump labeled the “alt-left” can use this information as they search for state and city leaders prone to capitulation.