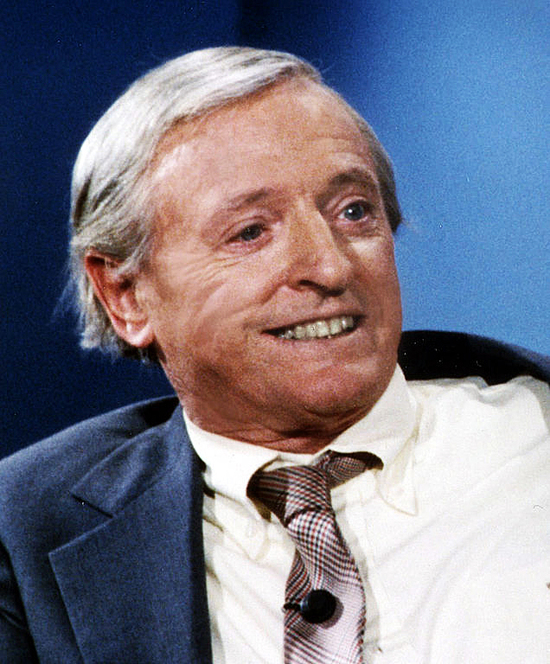 The year was 1965, according to Thomas E. Lynch in “Only Half in Fun,” published in the fall 2015 issue of Modern Age, and Claire Booth Luce, a Republican congresswoman from New York who had long represented the traditional conservative values of the Republican establishment, could look over the still smoldering remains of Barry Goldwater’s disastrously ideological presidential campaign and shake her head in dismay. She had much the same low opinion of New York City, which she described as “the biggest urban mess on Earth.” The state of the Union that year wasn’t much better.

And then along came 39-year-old William F. Buckley Jr. to shake the country up just as he had his alma mater by writing “God and Man at Yale,” in which he explored the lack of academic freedom on a campus supposedly devoted to it but which had room only for the most conventional of liberal bromides. Mr. Buckley proved a man far ahead of his time by defending timeless ideas like respect for individual choices, a free market for ideas as well as goods and services, accountability to the voters, and letting local government decide local issues. And even letting neighborhoods decide neighborhood issues.

When it came to city planning, young Buckley’s general policy was simple: He was agin it — in general and often enough in particular cases. Or as he put it, echoing the view of Jane Jacobs in her magnum opus “The Death and Life of Great American Cities,” “the beauty of New York is threatened by the schematic designs of … social abstractionists … who do not recognize what it is that makes for human attachments — to little buildings and shops (and) to areas of repose and excitement.”

Buckley was just as foresighted when it came to race and ethnicity, following the lead of Daniel Patrick Moynihan and Nathan Glazer, who in their book “Beyond the Melting Pot” had just pointed out the centrality of preserving the family if poverty among black Americans (and now all Americans) was to be effectively combated. And he was all for bikeways to relieve traffic congestion and break up the tyranny of the automobile over Americans’ lives.

When it came to crime, he was again it too, just as he was opposed to mollycoddling criminals. He even played with the idea of legalizing then-illegal drugs without foreseeing all the additional problems that “solution” would bring with it then, and brings with it now.

But most of all it was his sense of humor that characterized Mr. Buckley’s quixotic campaign for mayor of the country’s largest city. The audacity of the man, to look upon a solemn campaign for mayor as an opportunity to share a laugh with his fellow citizens, which is perhaps the best way to take politics seriously. For there is still much truth in jest.

The idea of running for mayor of New York, he would later recall, “came to me very suddenly.” Yes, why not actually run for mayor instead of just writing critical articles about those who do? It could be done as the candidate of his state’s Conservative Party, and he proceeded to do it with the blessing of that party’s leaders. With little public support at the outset of his campaign, he would do it for the heckuvit. It would be a venture in which WFB combined the smallest effort with the greatest art. His aristocratic air didn’t seem to alienate New Yorkers as much as fascinate them. And they began to pay closer and closer attention to his views. Quality appeals across class lines. Just as humor does. As in this exchange with the supposed ladies and gentlemen of the Fourth Estate:

WFB: “I have never considered it …”

“How many votes do you expect to get, conservatively speaking?”

The candidate of the Conservative Party continued to joust with the press in a style the late great columnist Murray Kempton described as that of “an Edwardian resident commissioner reading aloud the 39 Articles of the Anglican establishment to a conscript assemblage of Zulus.”

And what would the first thing putative Mayor Buckley would do if he were elected to the post he nominally sought? His now classic response: He would “demand a recount.” So it went, and it’s hard to think of a more entertaining — and witty — race for mayor in a great American city in recent history. And yet the Buckley campaign scarcely made the papers until everything suddenly broke his way. Beginning with the best break imaginable: The Newspaper Guild called a strike and for the next three weeks and two days, there was no longer a media-ocracy to get between Buckley and the voters. He was able to communicate without any intermediary setting the terms of the engagement.

Buckley’s mercilessly genteel style made him the sun around which establishment Republicans and ethnic-based Democrats had to circle in search of voters, and more and more of them regardless of creed, color or class were drawn into his orbit. To quote one commentator: “Love him or hate him, TV fans found it difficult to turn off a master political showman.” Theodore White, who covered every campaign as history, described this young contender as a star who “would be Oscar Wilde’s favorite candidate for anything.”

To quote one of Buckley’s campaign aides, Neal Freeman, on his candidate’s strong showing when the election returns were finally in on election night: “I can tell you that it surprised me. I suppose that I was expecting our supporters to be National Review types — car dealers, academic moles, literate dentists. … As soon as we hired halls, though, we learned that (Buckley) was speaking for the people who made the city go — corner-store owners, cops, school teachers, first-home owners, firemen, coping parents.” In short, We the (hard-working) People — the kind who got up every morning and put Gotham in motion.

In the end, John Lindsay got his victory, but with only 45 percent of the vote, while his Democratic opponent, dull-as-dishwater Abe Beame, polled 41 percent. John Lindsay’s hopes of ever making it as a national candidate were dashed forever and Buckley would become the host of the longest-running interview program in American television’s history. And all because Buckley decided to have a little fun and, oh yes, get the last laugh.