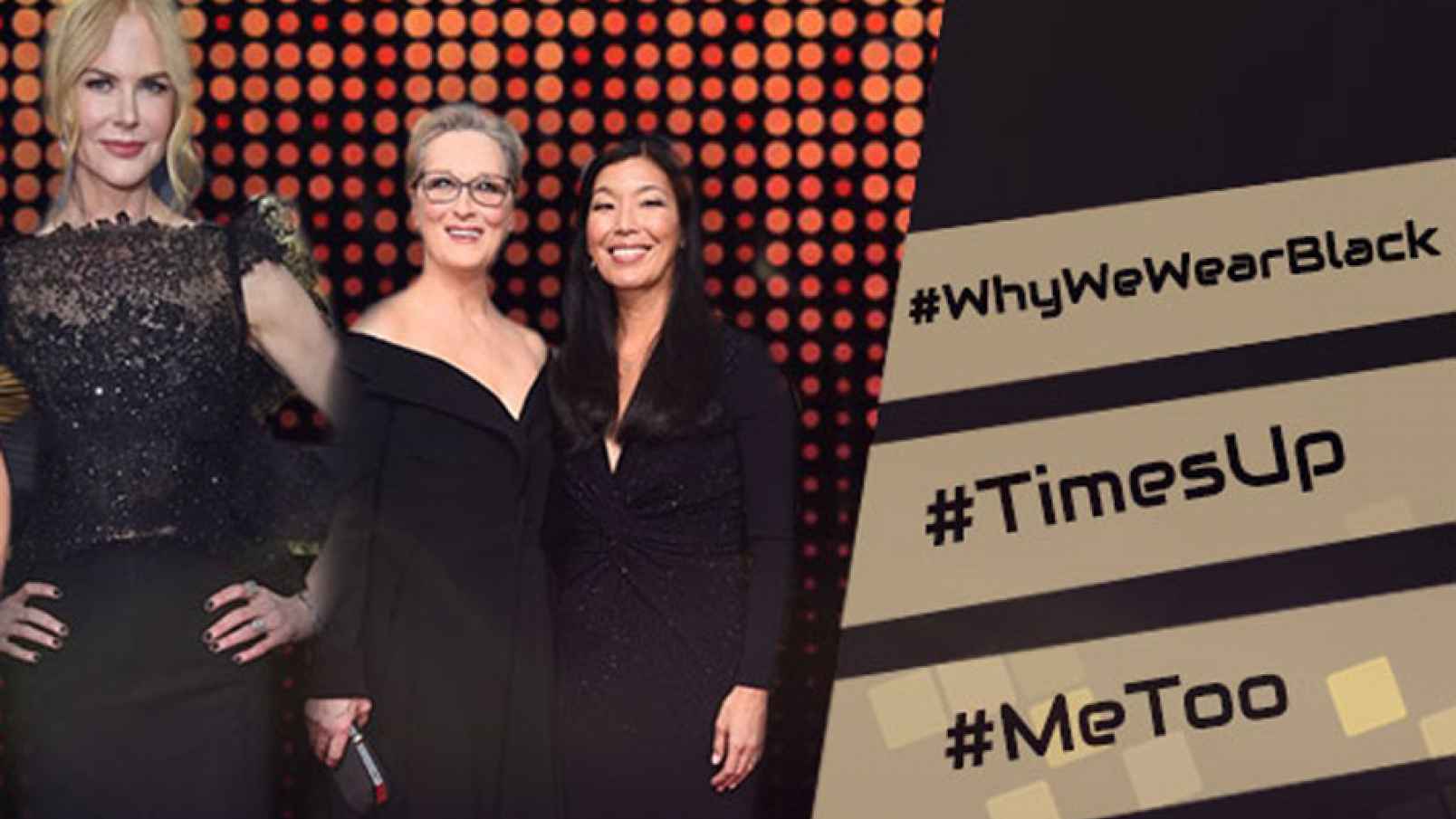 When Time picks an abstract concept as its ‘Thing of the Year’, it’s the kiss of death.

The magazine’s 2011 edition celebrated the Arab Spring’s ‘Protester’ just as the worst of the civil wars were getting started. In 2006, it picked ‘You’ just as the big web companies began crushing individuality on the internet. In 2002, it cheered the ‘Whistleblowers’ you haven’t heard from since. And in 1993, it put Arafat and Mandela on the cover as the ‘Peacemakers’. Good luck finding that peace.

So #MeToo was headed for trouble as soon as it became Time’s ‘Thing of the Year’. The cover, with the accusers dressed in somber black, foreshadowed the black dress code at the Golden Globes.

The cover wasn’t a win. It was a sigh of relief. Hollywood, the media and other cultural industries had been running scared of the scandal for months. Now they were finally getting a handle on it. In public relations, you get ahead of the scandal. You understand what makes it tick and take it apart.

Awards season was looming. And the culture industries were figuring out how to take #MeToo apart.

Harvey Weinstein had tried to shift the conversation from the women he was accused of raping to the NRA. Hollywood followed the same basic strategy without being quite as tacky as Harvey. It moved the conversation from #MeToo’s rape accusations to virtue signaling about diversity in the industry.

The best way to fight one hashtag was with another hashtag. #TimesUp replaced #MeToo. But where #MeToo was a raw personal accusation, #TimesUp was an impersonal leftist slogan of political urgency. #TimesUp for all the bad things we don’t like. Especially #MeToo. #TimesUp was safe where #MeToo was risky. US Weekly could advertise 9 #TimesUp products that showed you were down with the cause.

#TimesUp had plenty of female stars out front. But they didn’t claim to be victims. Instead they were taking the safe Hollywood position of supporting victims. Victims as far from Hollywood as possible. #TimesUp’s official site features a huge letter from the “sisters” of Hollywood vowing to stand with female farm workers, janitors, health aides and illegal aliens suffering from sexual harassment.

You can’t redirect the problem any further away than farm country.

In true Hollywood style, the solution is sending a lot of money to an established lefty group to tackle the problem: the National Women’s Law Center. It’s the same old Harvey Weinstein solution. Throw money at a trendy lefty cause and keep on inviting actresses up to your hotel room. Play the noble celebrity hero saving poor people in flyover country by writing big checks to big lefty insiders in major cities.

#TimesUp’s noblesse oblige was celebrity rehab for awards season. Spielberg was rolling out The Post. Its theme was Oscar bait, championing the anti-Trump Washington Post, and its stars were living Oscar bait. But Meryl Streep had been accused of knowing all about Harvey’s rapes. Posters for The Post had been vandalized with the “She Knew” tag that followed her name all around La La Land.

But the industry went into overdrive to reinvent one of the wealthiest women in Hollywood as a victim.

After ranting incoherently about President Trump, Robert De Niro revealed that his real mission was fighting for Meryl Streep’s equality. “Astonishingly, today, women are still struggling to get their rightful place and their fair share. I am still fighting for Meryl (Streep) to be able to get 79 cents of what a man would get to play Graham. It’s shameful. I know.”

Meryl Streep is being paid $825K an episode while De Niro is only making $750K an episode. If anyone’s making 79 cents on the dollar here, it’s Bobby.

But talking about how actresses aren’t being paid enough is a safe subject. The industry can always cut a bigger check to the small club of #TimesUp actresses with negotiating leverage as long as its titans don’t have to stop assaulting the much larger club of actresses with no leverage at all.