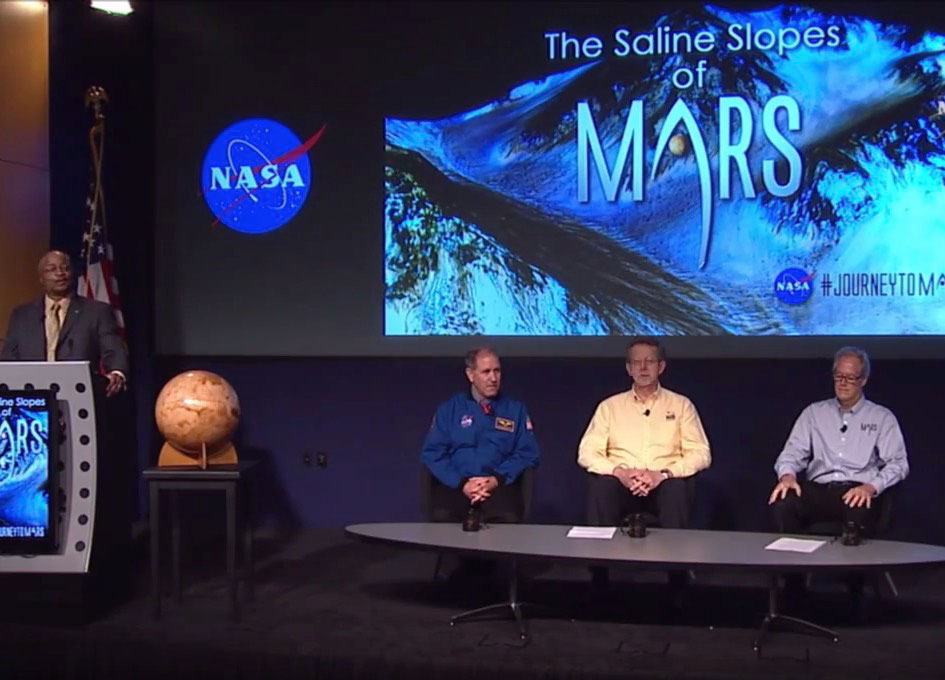 In two years, it will have been a half-century since American astronauts first set foot on the moon. Apollo 11 was followed by five more successful voyages to the moon and back, an accomplishment of which NASA is duly proud.

During the Apollo program, the National Aeronautical and Space Agency was at the top of its game, employing some of the best scientists and engineers the world had to offer. In the ensuing decades, however, national priorities shifted, and NASA saw its fortunes wane.

While unmanned probes such as the Hubble Space Telescope and the Mars Science Laboratory have enhanced our understanding of our solar system, NASA’s manned projects, the Space Shuttle and the International Space Station, pale in comparison with the agency’s earlier accomplishments.

NASA is starting to think big again. But in doing so, it must be mindful of the budgetary constraints under which it operates while avoiding the temptation of “going long” before it has the architecture in place for deep-space travel.

The goal of going to Mars is laudable, but NASA’s timetable is unrealistic. In addition to the enormous expense of a mission to Mars, sending humans into deep space presents a host of other challenges.

A flight to the moon, for example, takes three days; traveling to Mars will take about 300 days. Once on Mars, astronauts will have to stay there for a year to give the planets time to align properly for the flight back to Earth. This roughly three-year voyage will expose the crew to space radiation and cosmic galactic rays.

Currently, we have no means to protect Orion’s crew from these cancer-causing phenomena. What’s more, planetary scientists testifying before the House Science, Space and Technology Committee have questioned the launch system’s capacity to take crews into deep space.

While these and other problems are being addressed, NASA can take other steps to enable the exploration and habitation of deep space. The centerpiece of a 21st century NASA should be creation of an in-space infrastructure. This network of outposts initially would include the Earth orbit, lunar orbit, moon, Mars orbit, and Mars.

Functioning as space-based service stations, these outposts would house spare parts and a propellant refueling capability. They would be fully automated to identify and correct problems, using robotic servicing and assembly. The infrastructure also would include habitat modules, landing systems, and launch systems for returning to Earth from the moon, Mars, or other locations.

A space-based transportation network will allow crews to stay in space for extended periods without having to return to Earth for servicing or refueling the spacecraft. An essential element of this in-space infrastructure will be a permanent outpost on the surface of the moon.

In truth, we are several technological generations away from being able to colonize Mars, and it makes sense initially to focus on the moon.

The multiple technologies required for sustaining human missions to Mars and beyond can be tested and refined on the moon, including converting lunar ice into hydrogen and oxygen that could serve as the spacecraft’s propellant. Stockpiling the required in-space propellants derived from the moon’s surface at a prepositioned lunar refueling station in lunar orbit is yet another advantage of a permanent outpost on the moon.

NASA’s in-space transportation network also will serve national security. Great power rivalry in space dates to the post-World War II years leading up the Soviet Union’s launch of the satellite Sputnik in 1957. The 21st century certainly will see its own space race. A fully functional in-space infrastructure will facilitate the myriad reconnaissance, communications, and defense projects the Pentagon is eager to carry out.

China and Russia aren’t going to stand idly by and cede deep-space exploration, with all its geostrategic implications, to the U.S. NASA’s permanent outpost on the moon thus would serve as a high frontier from which to safeguard vital American strategic interests.

Role of the Private Sector

Back on Earth, much space-related work remains to be done. This includes streamlining, simplifying, and, in some cases, eliminating outdated regulations that discourage the private sector from bringing its expertise to the space program.

For example, regulations guiding the licensing of commercial space activities must be upgraded to allow for greater use of reusable rockets. We also need to extend liability and intellectual property protection for companies involved in the space program.

Companies with innovative technologies–SpaceX, Blue Origin, United Launch Alliance, Bigelow Aerospace, JouleX, and Orbital ATK, just to name a few–can make enormous contributions to the space program. Private sector participation in the space infrastructure will be essential, because NASA will not have the funds to carry the load by itself. The agency’s current budget of $19.3 billion isn’t likely to rise appreciably in the years to come.

NASA also should reorder its priorities to free up funds for space infrastructure. Programs such as the International Space Station could be wound down or transferred to the Pentagon.

Constructing in-space infrastructure as a prelude to a Mars mission will require NASA’s full attention and the dedication of whatever financial resources the agency can muster. President Trump’s recent recreation of the National Space Council is a welcome development.

Drawing on our nation’s abundant creative talents, and following the blueprint outlined here, NASA once again can soar to the heights that once put the world in awe.