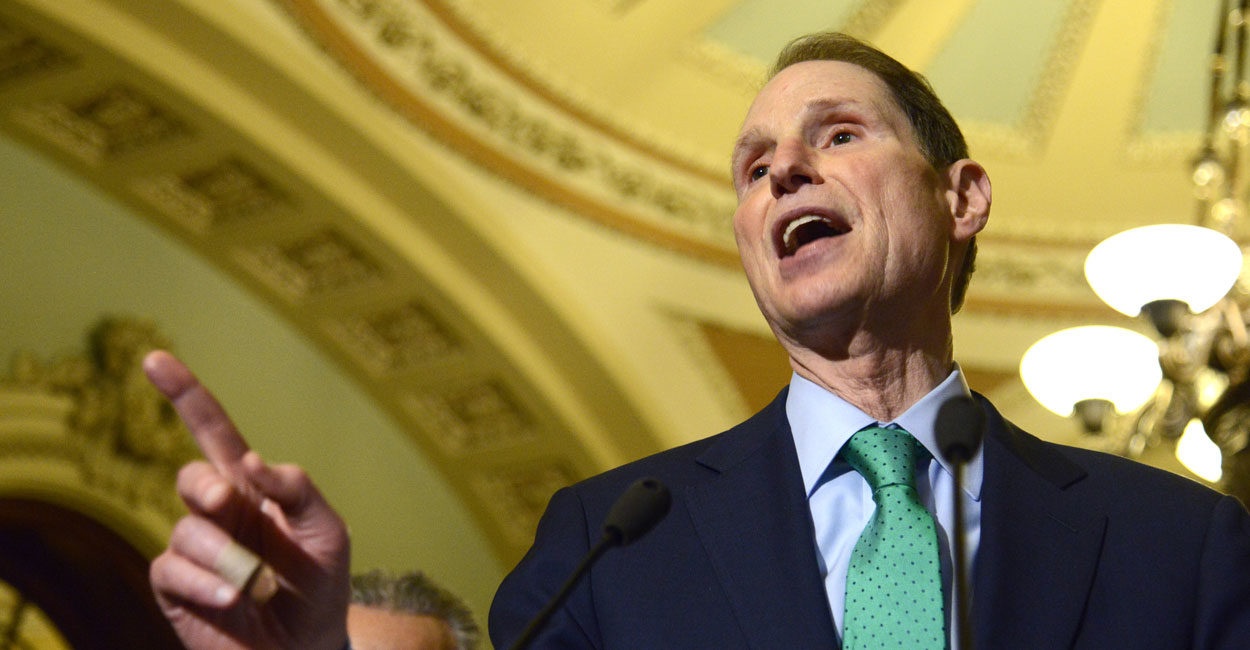 Last week, the senators announced they will not return blue slips to Senate Judiciary Chairman Charles Grassley, R-Iowa, for Bounds, whom President Donald Trump nominated to a judgeship based in Portland.

In a letter to White House counsel Don McGahn, the senators explained their intention to block any nominee who has not been approved by Oregon’s judicial selection committee. In essence, these senators are looking to stonewall the nomination.

The Constitution gives the president the power to appoint judges, with the advice and consent of the Senate. So how is it that two senators can bring a nomination to a halt?

Since 1917, the Senate Judiciary Committee has asked senators from a nominee’s home state for their opinion before holding a hearing or further evaluating the nominee. Senators select “I approve” or “I object” on a blue slip of paper.

Except for a brief period in the 1960s and ‘70s, blue slips were never used as a way to veto nominees. And for much of the blue slip’s history, senators had one week to return the form—otherwise the Judiciary Committee would assume their agreement.

Senators have been able to use the threat of returning a negative blue slip to persuade the president to select their preferred nominees.

During the Obama administration, for example, Georgia Sens. Johnny Isakson and Saxby Chambliss, both Republicans, struck a deal with the president in which they agreed to return positive blue slips on seven nominees in exchange for President Barack Obama nominating one individual they supported.

But unsurprisingly, their nominee of choice was ultimately blocked by the Democrat-controlled Senate.

After dragging their feet, Democratic senators from Indiana, Michigan, and North Dakota have returned blue slips for Trump’s judicial nominees from their states, allowing the nominations to move forward. Democratic senators from Colorado, Illinois, and Pennsylvania have not yet returned their blue slips, but neither have they officially announced their intent to withhold them.

Now, Wyden and Merkley join Sen. Al Franken, D-Minn., in refusing to even return their blue slips for a conservative nominee. The Oregon duo accuse the Trump administration of “return[ing] to the days of nepotism and patronage that harmed our courts and placed unfit judges on the bench.”

Wyden and Merkley failed to mention Bound’s impeccable credentials. They simply appear miffed that the president didn’t pick their nominee of choice.

But a closer look at Bounds shows that he is superbly qualified for the job.

A graduate of Stanford University and Yale Law School, Bounds clerked for Judge Diarmuid O’Scannlain—who has been called “a leading light of the federal judiciary”—on the 9th Circuit in Oregon.

If confirmed, Bounds would fill the seat left vacant by his former boss. This seat is one of 60 vacancies that are considered “judicial emergencies,” where there aren’t enough judges to manage the caseload.

Currently, Bounds prosecutes fraud and environmental crimes as an assistant U.S. attorney in Oregon, where he has served since in 2010.

While at the Office of Legal Policy, Bounds worked on the Supreme Court nominations of Justice Samuel Alito and Chief Justice John Roberts. He also coordinated the Justice Department’s policies on intellectual property, immigration, and the rights of crime victims.

Bounds has argued before several appellate courts, and previously worked in private practice in Portland for several years before entering government service.

This is hardly a resume that smacks of nepotism or a lack of fitness to be a judge.

Now, it’s up to Grassley to decide what to do about Franken, Wyden, and Merkley’s resistance.

One easy fix would be to ditch the blue slip process for appeals court nominees and just use it for district court nominees. Such a policy would be based on a logical distinction: District court judges only hear cases from the state where they sit, whereas appeals court judges are based in one state but hear cases from all the states within their circuit.

Though the Senate has used blue slips for over a century, the practice has varied depending on who occupies the White House and who chairs the Senate Judiciary Committee.

With over 160 court vacancies to fill, it makes little sense to allow Democrats to abuse blue slips for political gains. At least with respect to appellate nominees, it’s time to ditch the blue slip.