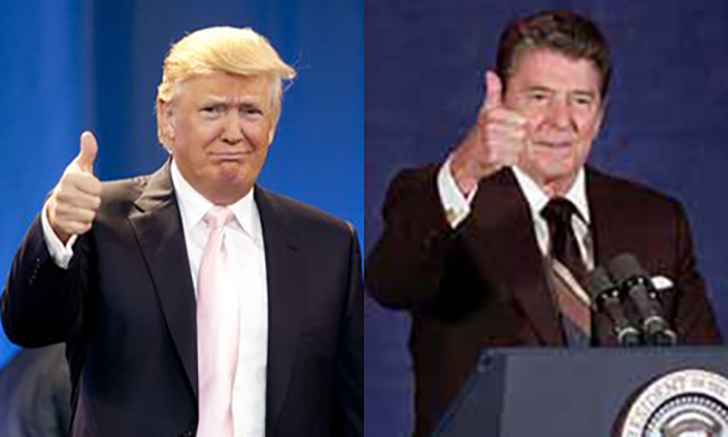 President Trump took communism and rogue regimes head on during his first speech to the United Nations General Assembly Tuesday.

He warned the likes of Venezuelan dictator Nicolas Maduro that if he proceeds with his socialist agenda that is crippling his country, he can expect the United States to respond.

He defined Iran as a “depleted rogue state whose chief exports are violence, bloodshed, and chaos” and “funds terrorists.”

These condemnations were nothing compared to his warning for North Korea though. “Rocket Man” Kim Jong Un would be wise to cease his ballistic missile tests and stop threatening the U.S., Trump said, or expect consequences.

“The United States has great strength and patience, but if it is forced to defend itself or its allies, we will have no choice but to totally destroy North Korea.”

He didn’t mince words, yet media outlets like MSNBC were too busy worrying about how the rest of the world would perceive his speech. Washington Post reporter Daniel W. Drezner seemed to be less impressed with Trump’s rhetoric and more concerned about other nations’ sovereignty.

Don't kid yourself. Trump gave a crap #UNGA speech other countries will cite only to remind him that he shouldn't violate their sovereignty.

ABC’s Terry Moran even wondered if Trump’s North Korea threat could be considered a war crime.

While the media is still reeling from Trump’s speech, human rights organizations are welcoming his words. Not since President Ronald Reagan has a leader so forcefully condemned communism and defended democracy, according to the Victims of Communism Memorial Foundation.

“President Trump’s speech at the United Nations today was one of the strongest refutations of collectivism ever uttered by an American President,” VOC Executive Director Marion Smith said in a statement Tuesday. “The United States has not had a stronger anti-communist in the White House since the days of Ronald Reagan.

“In a time when the world is becoming less free and sympathy towards communism and socialism is on the rise both domestically in the United States and abroad, it is reassuring to hear the leader of the free world assert the failures of these murderous ideologies. As the President correctly articulated, from the Soviet Union to North Korea, from Cuba to Venezuela, collectivist policies ultimately lead to famine, poverty, and widespread human rights abuses. While the Cold War has been long over, the fight against communism persists. The Victims of Communism Memorial Foundation welcomes President Trump’s strong words and actions to fight communism and his commitment to put it where it belongs – on the ash heap of history.”

Families of American prisoners still detained in Iran are also applauding the president’s speech. They hope he swiftly follows it with action.

“My family is rapidly running out of time,” said Babak Namazi, who is related to Siamak and Baquer Namazi, a father and son who are being held in Evin prison. “I hope and pray that my father and brother won’t suffer the same fate [as Otto Warmbier] at the hands of the Iranian government. I urge the president to spare no effort to bring my family home.”