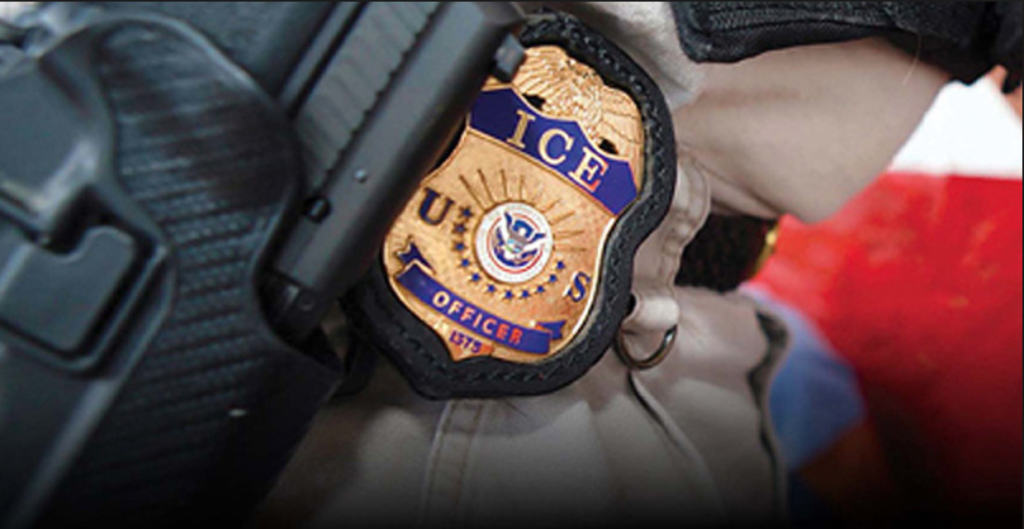 Californians by a wide margin oppose sanctuary cities. A UC Berkeley study codified these findings for the reading public, as a nearly 80% of respondents from all political leanings opposed policies forbidding cooperation between local law enforcement and federal immigration authorities. Why should anyone be surprised? These sanctuary city policies amount to nothing more than dangerous posturing from desperate, self-serving, predominantly Democratic politicians.

SB 54, officially presented as “The California Values Act”, will bar essential contact between California law enforcement officers and Immigration and Customs Enforcement. Normally, ICE issues detainers to local jails, and law enforcement officers release the names of released convicts before turning them over to ICE. Following revisions to SB 54 from Governor Brown, jurisdictions may report heinous crimes to ICE—if they want to! Despite passage of this law, ICE won’t end deportations. This unsettling reality should have amnesty proponents livid.

The critics and pro-enforcement have warned about this. For two years, I have actively protested and agitated in some of the most Democratic and most heavily immigrant/illegal alien communities in California. Most of the, had become or recently announced themselves as sanctuaries for illegals. Even there, however, residents from these areas confided to me that they want their local police to cooperate with ICE and deport illegals. The only thing which prevents them from speaking out is the potential retribution from local politicians and corrupt special interests running these cities. Their fear of activists and local leaders is palpable.

Sadly, our political class doesn’t care—at least in California. House reps are looking to carve out some sort of amnesty. Congressmen David Valadao and Jeff Denham are the worst offenders. They forget that while pushing for immigration “reform” to bring in more workers, most of those illegals settle in urban areas and live off the taxpayer.

US Senators in other states have fought harder against this anti-constitutional abuse than our own US Senators. Tom Cotton called them “outlaw cities”. Chuck Grassley of Iowa demanded a full investigation into the horrific deaths of five Americans in MacArthur Park, CA abandoned warehouse. Then there’s Pat Toomey of Pennsylvania and our Ted Cruz who introduced their own strict anti-illegal immigration measures in 2015. When I pressured Senator Feinstein on her opposition to Kate’s Law (named after sanctuary city victim Kate Steinle of San Francisco), she brushed it off, claiming that most illegals are hardworking people who commit no other crimes. Kamala Harris advocates for DACA recipients and illegal alien families. She obviously forgot she is an American representative.

Fact check, for all of you undocumented politicians: amnesty is not good. Most of the crimes in Texas, California, and Arizona are federal crimes, connected to illegal aliens. Add to that the economic war (following Steve Bannon’s rhetorical flourish) against working-class Americans witnessing the demise of their wages, their options, and their quality of life, and it’s crystal clear that illegal aliens are committing far more harm than any good.

I write this article in large part to inform the American public at large that California may have transformed into a land of fruits and nuts on top, but throughout our beloved state millions of us oppose the Sacramento political class’ militant scheme to diminish citizenship and undermine our sovereignty as American citizens. During their campaigns, very few of them advertised their intent to make our streets less safe when they ran for election, but because of their heated hatred of Trump—a widespread syndrome throughout—they have gotten away with passing some pretty bad legislation.

For nine months solid, activists from San Diego to the Bay Area petitioned locally elected official to signal their opposition to SB 54. Law enforcement agencies and unions opposed the bill, regardless of amendments. The biggest voice against SB 54, Sheriff Jim McDonnell of Los Angeles County, countered the enthusiasm for this state-federal tug of war by reminding amnesty proponents that ICE would have to go directly into neighborhoods, schools, and workplaces to apprehend illegal aliens.

Sheriff McDonnell was right. With the passage and signing of SB 54, ICE gave a harsh rebuke, then a direct shrug to California’s petulant anti-Trump defiance.

Governor Jerry Brown’s decision to sign SB54 and make California a sanctuary state for illegal aliens – including those who have committed crimes – will undermine public safety and hinder ICE from performing its federally mandated mission. The governor is simply wrong when he claims otherwise.

This press release is noteworthy because ICE identifies all illegal, not just those who have committed other crimes besides breaking into and residing in our country. The media have repeatedly tried to water down and eliminate the distinction and treat unauthorized entrants as “immigrants.” That’s just offensive.

ICE will have no choice but to conduct at-large arrests in local neighborhoods and at worksites, which will inevitably result in additional collateral arrests, instead of focusing on arrests at jails and prisons where transfers are safer for ICE officers and the community.

The fact is that liberal politicians around the country have manipulated key demographics with empty promises to shield illegals. They never intended to pass immigration reform, they never wanted to solve the legal limbo for the young illegals brought into the United States as children. They only wanted to mobilize the illegals and their legal enablers for political power.

Every liberal who bought the sanctuary jurisdiction promises of Democratic politicians will see how hollow their protections really are. ICE already conducted Operation Safe City days before Brown’s signature. These enforcers will not only boldly continue to enforce our nation’s immigration laws, but they will go right into the heart of these corrupt cities and counties shielding illegal aliens. Despite our failure to prevent Governor Brown from signing off on SB 54, the unintended consequences of this terrible law will work in our favor, and ultimately expose (perhaps even bring down) the California Democratic dominance which has played politics with public safety and national sovereignty for the last 8 years.