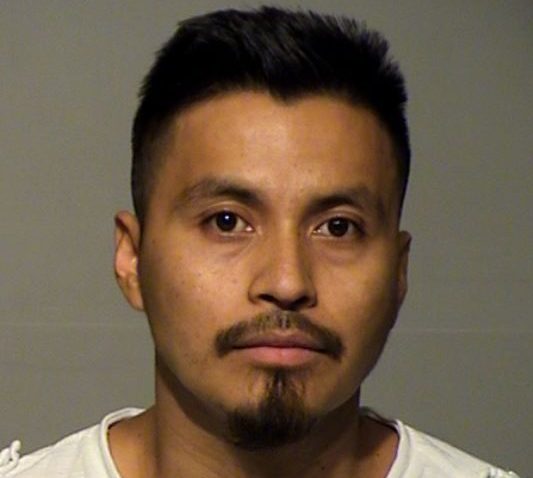 An illegal alien has been charged with raping and sexually assaulting his 17-year-old stepdaughter to get her pregnant, as he believed it would prevent him from being deported from the United States.

Horacio Alvarado, a 32-year-old illegal alien, is charged with three felonies, according to the Milwaukee Sheriff’s Office, after sexually assaulting and impregnating his teenage stepdaughter so he could have an “anchor baby” with her, which he believed would have prevented his deportation.

An anchor baby is a term used to describe the child of an illegal alien, as the U.S. grants birthright citizenship to any child born in the country. Illegal aliens, through having children in the U.S., are able to anchor themselves in the country but are not exempt from deportation by federal immigration officials.

According to police, Alvarado is accused of first-degree sexual assault resulting in his stepdaughter’s pregnancy, sexual assault of a child, and incest.

The victim, police say, came forward about the sexual assaults and pregnancy after being sexually abused since she was 14-years-old by Alvarado. The victim described the abuse as incidents that would take place at her family home when her mother was either at work or asleep.

Alvarado, according to the victim, would also take the teenager in his car to parking lots or friends’ houses so he could have sex with her.

The victim’s mother, though, did become aware of the sexual abuse by the illegal alien, police say, but did nothing to prevent it from happening. The victim told police that her mother had walked in on Alvarado sexually abusing her, but all she did was speak with her husband about the incident.

The criminal complaint alleges that the victim told her mother that she had become pregnant with her stepfather’s child.

The victim’s mother is now charged with child neglect for allegedly failing to take action against her husband’s reported sexual abuse.