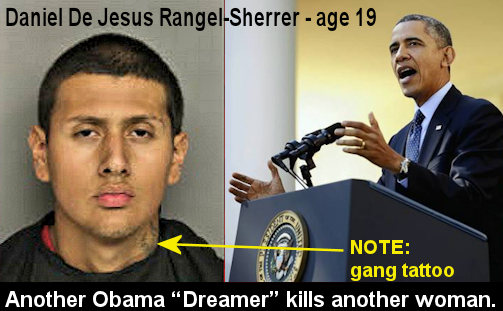 Authorities arrested and charged Daniel De Jesus Rangel Sherrer, 19, with first-degree murder of 18-year-old Diana Martinez-Gonzalez, who was found shot to death in a wooded area in Greenville County on October 4.

Greenville County Sheriff Will Lewis said at a press conference that it appeared as though the victim was forced into the woods following a fight with Sherrer and was then shot.

“Immediately upon contact he confessed to one of the deputies,” Lewis said.

According to Sherrer, he allegedly murdered Martinez-Gonzalez because she spread false rumors about him. He also held another girl captive who managed to escape.

Ivanka Trump called for a “long-term, congressional fix” for DACA recipients on Monday, saying she thinks they are innocent people.

“I personally am of the opinion… that we have to figure out a good solution that protects these innocent people, many of whom were brought to this country as children,” Ivanka said.

According to the USCIS, the protected status of 2,139 DACA recipients have been revoked for crimes, including a “felony criminal conviction; a significant misdemeanor conviction; multiple misdemeanor convictions; gang affiliation; or arrest of any crime in which there is deemed to be a public safety concern,” as reported by the Washington Examiner.