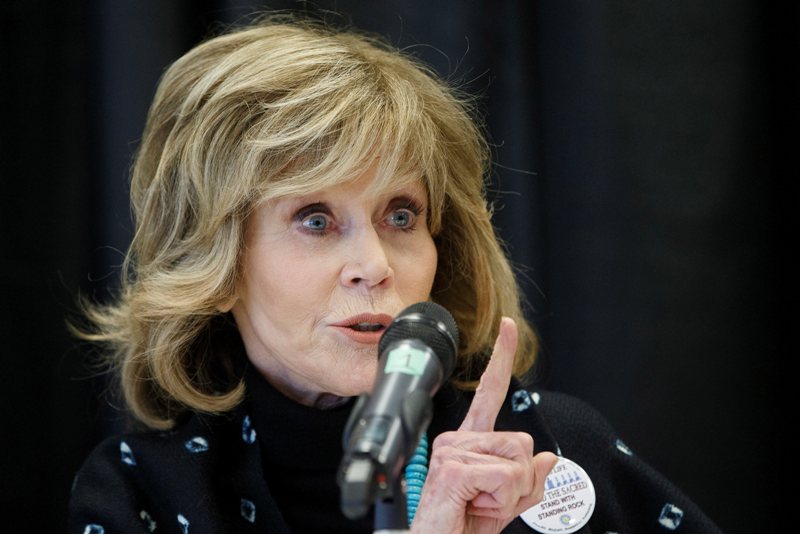 On Thursday, actress Jane Fonda explained why she thought the culture of sexual assault and harassment in Hollywood was only coming to light in the aftermath of the Harvey Weinstein revelations. Discussing the issue with MSNBC’s Chris Hayes, she stated, “It feels like something has shifted. It’s too bad that it’s probably because so many of the women that were assaulted by Harvey Weinstein are famous and white and everybody knows them. This has been going on a long time to black women and other women of color and it doesn’t get out quite the same.”

It’s asinine for a variety of reasons. First, this would have been an excellent opportunity to spotlight some of the women of color complaining of sexual harassment and assault who have been overlooked by the media; she didn’t. Instead, she just mouthed some platitudes blaming the media, when Fonda has ample ability to shed light on these egregiously racist media members ignoring black female victims.

Third, it’s not the identity of the victims that seems to matter in these conversations: it’s the identity of accused attackers. Weinstein was disgusting, a pig, a vile human being. But look who’s skating right now: Ben Affleck, who has been accused of harassment; Casey Affleck, who settled for $2 million in a sexual harassment suit; R. Kelly, who has been accused of holding women against their will in his home; Bill Clinton, who’s still seen as an icon on the Left; Woody Allen; Roman Polanski. In other words, the Left was perfectly willing to go after Weinstein, but they’ve been far more reticent to go after more popular figures.

Finally, some of Weinstein’s victims are women of color. Lupita Nyong’o said Weinstein harassed her as a film student.

But the easy way to win political points is by falling back on the intersectional hierarchy to explain why some victims are respected and others discouraged by the media.