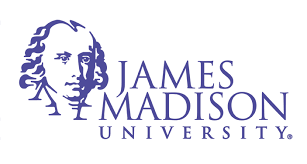 A course titled “Black Lives Matter” (BLM) that examines the controversial movement’s strategies “to defend human rights in the era of a New Jim Crow” will be offered this spring at Virginia’s James Madison University (JMU).

The class, given as a special topic in the Women’s and Gender Studies Department at the public university, will look at “the radical resistance of the Black Lives Matter movement to state sanctioned violence against black and brown communities,” according to the course description.

Topics covered will include “black joy in the face of oppression” and “the media dismissal of Black Lives Matter in favor of focus on ‘black on black’ crime,” the description goes on.

The course will give particular focus to how BLM, founded by LGBTQ black women, differs from the 1970s black nationalist movement, which had “homophobic underlying messages,” according to student newspaper the Breeze.

The class was developed and will be given by Beth Hinderliter, an associate professor of cross disciplinary studies. According to her JMU profile, she is co-editor of (Re)framing the Feminine: Women’s Studies, Feminism, Gender Identity and the Academy, “which examines the persistent exclusionary aspects of feminism today after many decades of striving to become intersectional, transnational, and inclusive.”

Hinderliter said “Black Lives Matter” will collaborate with other courses “to interconnect students on the topics of activism, racism and politics…[and] show there’s a wider community at JMU interested in the topic of Black Lives Matter,” the Breeze reported.

One of these courses is a sociology class on “the construction of whiteness,” noted the Breeze.

A.J. Morey, associate provost for the Office of Cross Disciplinary Studies and Diversity Engagement, was instrumental in creating the course.

She told the Breeze that students who voiced concern about the course’s BLM focus should know, “Education is more than a paycheck—it’s about becoming a more decent human being. It doesn’t mean that they aren’t decent now, it just means there are always ways we can learn and grow.”

Both Hinderliter and Morey have been contacted by the Washington Free Beacon for comment.

This spring, JMU students can also sign up for a course that asks them to work on a semester-long project researching a specific branch of protest culture.

In March, JMU will also be hosting its 12th annual Diversity Conference, where grants and awards for diversity research are announced. Last year’s theme was “All Included All Engaged,” whose activities includes a collaborative mosaic that asked attendees “to express what diversity means to [them].”