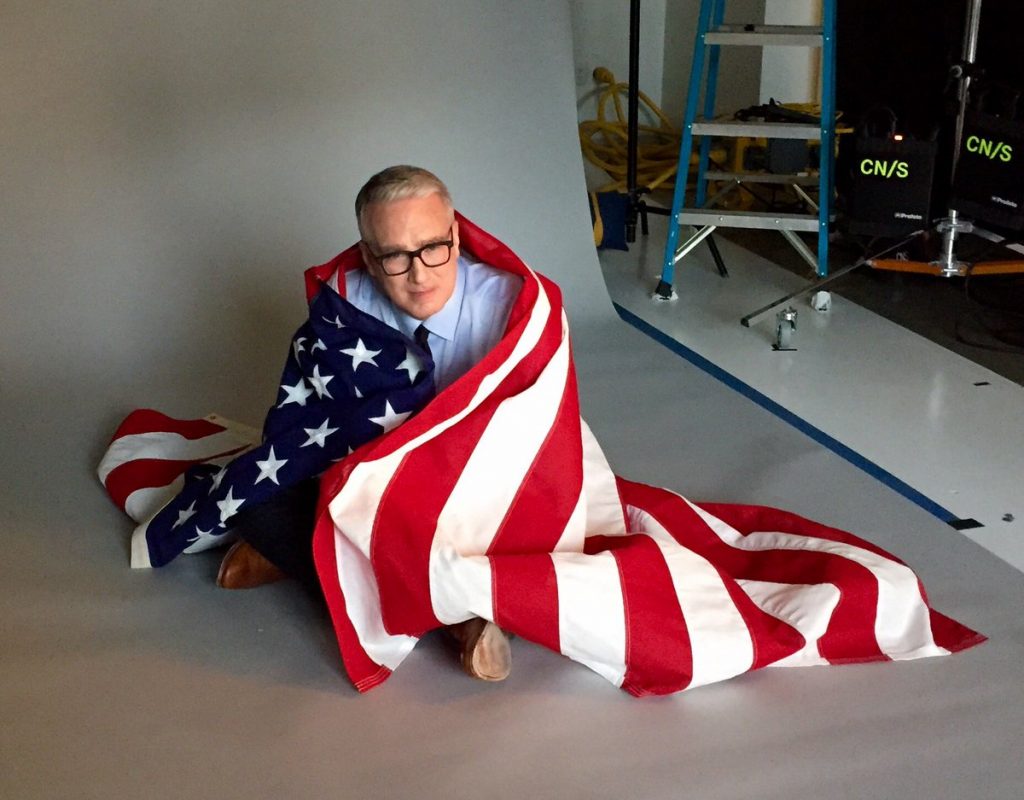 Keith Olbermann once talked about sports as an ESPN host. Now, he’s the most important political pundit in the world.

Just kidding. Olbermann is just a rabidly liberal mouthpiece for the Democratic Party, and he now hosts some sort of political show on the internet (one of his most recent installments was headlined “Trump Is Destroying Puerto Rico”).

Skip to Saturday, when conservative talk show host Tomi Lahren tweeted out a picture of herself in a Halloween costume. One person found the attire particularly patriotic.

And the MOST patriotic costume goes to .@TomiLahren!! #Halloween2017 #MAGA pic.twitter.com/ddUrfz0Fvq

But not Olbermann. Apparently also an expert on the U.S. Flag Code, he wrote:

Patriotic? Bullshit. She’s in violation of the U.S. Flag Code: “The flag should never be used as wearing apparel…” https://t.co/2cOKCE87Wy https://t.co/fGkmqMxZaZ

Here’s the thing, though.

um… your book cover has you wearing the flag…..

That’s right. On the cover of his non-best-selling book, Trump Is F*Cking Crazy (This Is Not A Joke), Olbermann is literally wearing a flag. In fact, it’s draped around him as he sits on the floor, meaning the flag is touching the ground.

No disrespect should be shown to the flag of the United States of America; the flag should not be dipped to any person or thing. Regimental colors, State flags, and organization or institutional flags are to be dipped as a mark of honor.

(a) The flag should never be displayed with the union down, except as a signal of dire distress in instances of extreme danger to life or property.

(b) The flag should never touch anything beneath it, such as the ground, the floor, water, or merchandise.

Of course, it’s all just par for the course for Olbermann. Who can forget this hypocrisy? 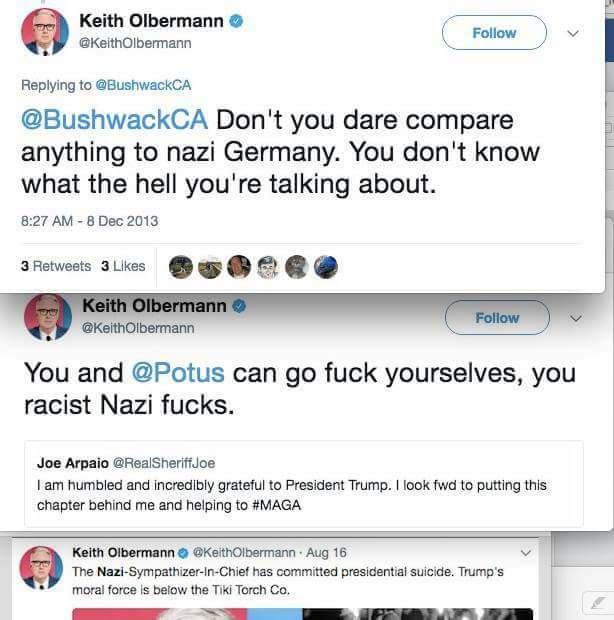